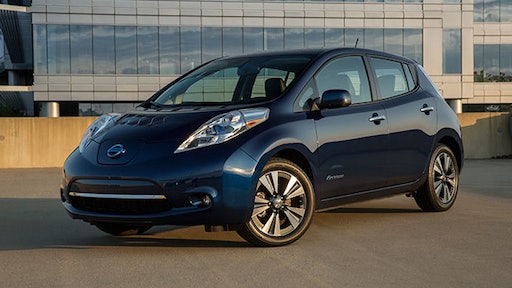 Car manufacturer Nissan recently confirmed is plans to bring Europe’s first real-word self-driving car trials to the streets of London by next month.

The car will be a modified version of the Nissan Leaf, a small, electric vehicle.

Building on the technology that has already been trialed on large, open roads such as motorways, Nissan suggested its new driverless cars will be able to manage “a diverse city environment.”

This will mark the first time such tests have been held in Europe, with the United States and Asia so far dominating the driverless car scene.

Turn to a trusted advisor for answers. The Gartner 2021 Magic Quadrant for Supply Chain Planning Solutions has recognized Kinaxis as a Leader.
April 1, 2021
Latest

Organizations must understand how to move from theory to meaningful business implementation if they are to create a sustainable AI transformation.
4C Associates
April 21, 2021

How Robotics Breakthroughs are Transforming Manufacturing

The factories of tomorrow may look different, but their transformation by AI into robotic-powered factories of the future will represent a new era for lean manufacturing.
Pathmind
April 20, 2021