IoT can change businesses from reactive to proactive and save time, money and even lives, making businesses more efficient and leaving time for things that matter. 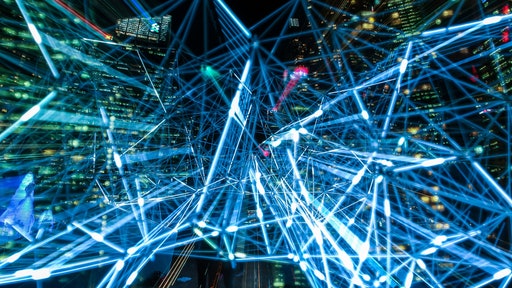 We’ve been told about the Internet of Things (IoT) for so many years that the acronym has almost worn out, without redeeming its promises. Who cares about smart fridges or vacuum cleaners connected to the internet when it could be so much more. IoT can change businesses from reactive to proactive and save time, money and even lives, making businesses more efficient and leaving time for things that matter. IoT can be effective, and at the same time, inexpensive. The answer could lie in 5G.

Excess inventory is one of the most common supply chain issues there is. Not everything related to the issue can be solved by planning, but with tracking pallets, boxes, even equipment, there’s more to move around as you know precisely what is around and where things are located. By tracking your stuff wirelessly, there’s data to plan on. Or you can know exactly the conditions they have been traveling in before they arrived. Was it too hot, too cold? Can they still be used even when the conditions have changed during shipment? You usually could mainly guess, but with wireless trackers, it’s not a guessing game. Data is king here. And, the lives of employees mentioned? No one wants accidents, but sometimes they happen. With the right tools, the effects of accidents can be minimized. Gas leakage? No problem. Wireless sensors will notify everyone before it’s too late to do anything. And, how do these trackers connect to anything? 5G is one answer, and it can be inexpensive when optimized for massive use.

5G is everywhere – as a name at least. It’s already starting to be quite meaningless as the promises are big, but the affects on people’s lives small. It promises significantly higher data transfer speed and the ability to connect more devices simultaneously. The frequencies used are not as crowded as the earlier G frequencies. It’s an outstanding achievement. However, in many cases, it’s inefficient and too expensive to be deployed for companies. For example, when you would need to connect massive amounts of goods or devices to track the whereabouts of a pallet or the flow of the supply chain. Expensive has been the operative word when you combine tracking and 5G. It doesn’t have to be that way.

For a technology to be included in 5G, it needs to meet at least two of the three dimensions -- Mobile broadband (MBB), Massive machine-type (mMTC), Ultra-reliable low latency (URLLC). A new addition to the standard fills a clear gap in the current IoT connectivity environment as the technology can address industrial applications requiring, either or both, massive scale mMTC and ultra-reliable low latency URLLC. Previously there have not been affordable solutions for mMTC, and no solution has covered both mMTC and URLLC. This is where the magic happens in the eyes of supply chain management.

In October, the new DECT-2020 New Radio (NR) standard – owned by the European Telecommunications Standards Institute (ETSI) – was included in the 5G standard. It’s the first non-cellular 5G technology in the world. The non-cellular 5G challenges the cost issues created by the needed infrastructure and the need for costly network planning. The principle of the standard is to provide low upfront investment and deployments costs. Furthermore, with its dedicated global frequency band at around 1.9 GHz, the new standard offers coverage nearly anywhere in the world.

The main benefit of non-cellular 5G is close to zero infrastructure, no masts that ramp up the costs, no wires, no network planning and no high deployment costs. When increasing the network, even an electrician may not be needed. A new device can be added by almost anyone, a factory worker, for example. When the cost of tracking something is substantially lower than what used to, the coverage of tracked matters could be massive. No more looking for things or guessing of shipment conditions. Yes, for more accurate inventories, knowing where things are and preventing accidents. It’s something more, too; it works even underground as the network is built from the inside, not using the cellular style of bringing something inside from outdoors.

It is optimized in costs. Wireless non-cellular 5G skips all recurring operator subscriptions, SIM cards and massive infrastructures. This means that a non-cellular 5G network costs less than one-tenth of the equivalent cellular costs. Still, you can add thousands and thousands, even millions of trackers, to one single network.

This is the future of IoT that’s affordable to any company, regardless of its size. This is the 5G businesses have been dreaming of and has the potential to freshen up the IoT environment and make 5G the promise of solving everything finally meaningful.