Factor in the innovation and cutting-edge technology that characterizes Industry 4.0, and it’s clear that maintenance and reliability teams will look drastically different in the future than they did in the past. 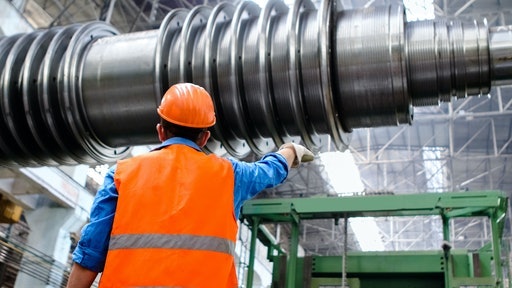 What will maintenance and reliability teams look like as we head further into Industry 4.0? To answer that question, we need to look at where they’re coming from.

Industry 3.0 introduced the concept of automated mass production, making it possible to produce millions of identical products with high efficiency. As the speed and scale of the process increased, labor became an obstacle, leading to an era of outsourcing. Manufacturers increasingly moved production that couldn’t be automated to countries with lower labor costs.

As manufacturing became decentralized throughout Industry 3.0, supply chains stretched around the world. The average automaker, for instance, now has around 250 Tier 1 suppliers and up to 18,000 total suppliers. More and more, machines rather than humans drove the manufacturing process, which made maintenance and reliability teams extremely important.

During Industry 3.0, maintenance and reliability teams ensured that equipment could meet performance metrics throughout decades of operation. Machines were the means of production, and technicians kept them functioning as intended.

The only problem with this approach was that it put maintenance and reliability teams at odds with other aspects of production. For example, if a machine needed to shut down for recommended repairs, production shut down, too. Machine health might improve, but in the short term, production output dropped.

As one era of manufacturing gives way to the next, tension between maintenance and operations has only gotten worse — especially as equipment installed three, four or even five decades ago reaches the end of its life span and requires more and more upkeep. Changes in the economy are creating a wedge as well. Factor in the innovation and cutting-edge technology that characterizes Industry 4.0, and it’s clear that maintenance and reliability teams will look drastically different in the future than they did in the past.

Industry 4.0 is typically associated with new technologies like artificial intelligence (AI), Internet of Things (IoT), machine learning and analytics. But, it also covers innovation in the manufacturing sector in response to broad changes in consumer demand in the 21st century.

Thanks to the internet, consumer demand is far more dynamic than it was before. A viral moment can cause demand to skyrocket (or plummet) literally overnight. People expect customization options from more of what they order, and they’re more critical of the things they buy after doing endless product research. The demand for sustainable manufacturing practices is another recent evolution. Add all these up, and it’s apparent that there’s a gap between how we consume things and how we produce them. Manufacturers now lag 20-30 years behind.

Competing forces related to demand, sustainability and costs are all forcing manufacturers to change — now, not later. Make no mistake -- Industry 3.0 is over, and Industry 4.0 is already in full swing.

Maintenance and reliability in a time of change

Here’s the tricky thing about maintenance -- you can’t automate it, and you can’t outsource it, either. It takes a real person inside a factory to keep equipment operational. And, now that manufacturers face so many demands on their production processes and outputs, the need to have skilled technicians on-site has never been greater. It’s an irony of Industry 4.0 that it’s defined and driven by technology, yet each innovation increases the need for human input. The fully automated factory isn’t here yet.

And, it won’t be anytime soon. Maintenance and reliability teams will continue to play a vital role in production into the foreseeable future. In the past, these teams largely performed scheduled maintenance and necessary repairs. That’s all changed in Industry 4.0, where teams will need to maximize productivity while also keeping production responsive to competing demands and shifting forces. Manufacturers and maintenance teams alike will need to think holistically about machine health — both what they need to achieve their strategic ends and how best to achieve it.

Aligning maintenance and reliability with Industry 4.0

Maintenance and reliability teams currently aren’t equipped for the important role they will play in production. They lack the technology to continuously monitor machine health at multiple factories. Then there’s the disconnect between maintenance and operations, which has only gotten wider in recent years.

For all these reasons, maintenance and reliability teams will need to completely re-think how they function in the next chapter of manufacturing. Start with these critical changes:

1. Enable end-to-end visibility. One reason machine maintenance has always been a reactive process is that technicians didn’t have the visibility to anticipate problems in advance. That’s changing with the advent of new technologies that allow the maintenance and reliability teams (or others) to simultaneously monitor machine health metrics for hundreds of pieces of equipment spread across multiple locations. They gain visibility into the health of equipment as a whole, as well as granular insights into specific pieces of equipment or strategically important metrics.

With end-to-end visibility, maintenance and reliability teams can take a predictive and prescriptive approach because they can spot red flags before they turn into equipment failures. Likewise, better visibility helps teams optimize how equipment operates to meet strategic goals. End-to-end visibility includes insights into machine health metrics, as well as visibility into other corners of operations. The goal is to break down the historic silos between maintenance and operations and to start thinking about their shared priorities.

2. Prioritize collaboration. If Industry 3.0 sought to maximize volume, Industry 4.0 strives for agility and customization, which is only possible through close collaboration between maintenance and operations. They existed separately in the past because production targets were relatively stable (produce the same quantity of the same things for 30 years), and therefore maintenance was as well.

The two departments had little coordination until recently. Given today’s dynamic demand, however, they need to collaborate on every initiative. Instead of committing to vague, long-term goals, maintenance and operations need to align their resources around today’s goals. Then do the same again tomorrow.

3. Become sustainable. As consumers demand more sustainable manufacturing practices, the responsibility to eliminate waste and engineer efficiency will fall on the maintenance and reliability team. More efficient machines produce less scrap and consume less energy. Technicians (armed with end-to-end visibility) will need to monitor for signs of equipment becoming inefficient, then take early steps to address issues before they lead to days, weeks, or months of unnecessary waste. Additionally, manufacturers can turn their sustainability efforts into positive PR and marketing opportunities.

To forge forward with Industry 4.0, manufacturers need to take two steps. First, acknowledge the importance of maintenance and reliability teams to everything factories do. Second, begin equipping those teams for the role they will play in the coming years. Whether through an infusion of training, technology, talent or all three, maintenance and reliability teams will need extra resources to fulfill the extra responsibilities.