Tech providers are continuing to look for growth in new markets with a variety of new directors, sales and marketing executives. 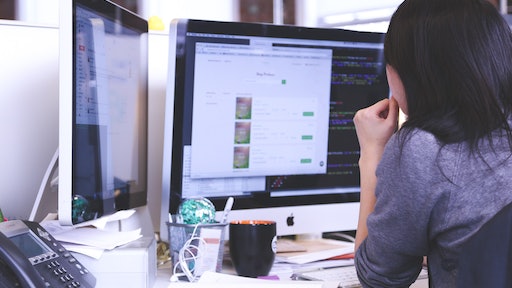 Martin Sulavik is taking over as the regional sales and application manager of Smart Vision Lights’ (SVL) Europe division. He will work in tandem with Tony Carpenter, director of sales in Europe and Asia, to lean into growth in the area.

Sulavik will be based out of Bratislava, Slovakia and will be responsible for garnering new business while strengthening current relationships in the region. He comes from Cognex Ireland Ltd. where he was sales manager for the past three years, in addition to engineering and leadership positions at KEYENCE International Belgium.

ECI Software Solutions has promoted its previous senior vice president of global communication and brand, Traci Johnson, to chief marketing officer. She has spent almost 20 years with the company and will now focus on creating customer value, global digital marketing, demand generation strategies and continuing to build the ECI brand.

Johnson started out with the company in 2000, when ECI acquired DDMS. Prior to that however, she had been with DDMS since 1989. After the acquisition, she was responsible for quality assurance, and project management as the vice president of DDMS. ECI believes that her long tenure with the company will help her in the new position.

Kai Althoff is taking over as the new CEO of 4flow, as its previous CEO and co-founder, Steven Wolff, moves to chairman of board and Andrews Kick and Julian Schulz also join the board. Kick has been with the company for almost 20 years and Schulz joined in 2004.

The two have also both been promoted to chief operating officers, Kick responsible for global consulting and Schulz for global management and services. 4flow has also appointed Stephan Kappel as chief financial officer. These appointments are all part of 4flow’s larger goal for international growth, setting a goal for 150% growth by 2025.

The company believes these appointments will grow SMC’s education and technology offerings, as the industry continues to change.

Former Oracle and One Door executive Amy Gearing is joining Slync.io as chief revenue officer after a successful Series A funding round for the company. She is now responsible for Slync.io’s global go-to-market strategy and execution, worldwide sales, professional services and other go-to-market operations to meet and revenue growth. The company says it is gearing up for aggressive growth.

Gearing has more than 20 years of total experience in sales and revenue, including most recently One Door, Oracle and Retek. She is known for participating in significant transitions such as initial public offerings and acquisitions.

Berkshire Grey is bringing on a new chief marketing officer, Christine Washburn, who comes from Rocket Software, to lead the former’s marketing strategy and lead generation. She will report to president and chief operating officer Steve Johnson.

Washburn will develop an overall marketing strategy for Berkshire Grey to better meet the demands of the industry and company itself. At Rocket Software, she was also the CMO and helped in the acquisition of the company to Bain Capital for $2 billion.

Berkshire Grey has also named Sri Solur as senior vice president and general manager of its new business unite, who will also report to Johnson. He has held similar positions at companies such as Shark Robotics, Comcast and HP.

Tompkins Robotics Expands Product Portfolio with the Addition of t-Rail

Trucker Tools announced a new partnership with TVC Pro-Driver that will provide access to legal representation and other services for independent truckers directly through the Trucker Tools Mobile Driver App.
Trucker Tools
August 13, 2020

Until today’s supply chains are proactive, we will continue to see the pitfalls of reactive ones when disruption rears its head.
IBM
August 12, 2020

Roambee devised a multi-pronged approach to put the control back in the hands of the pharma company.
Roambee
August 12, 2020

Powered by machine learning, the new Oracle Retail Inventory Optimization Cloud Service can sit between a retailer’s forecasting and supply chain systems to help highlight the next best actions they can take to optimize inventory.
Oracle
August 12, 2020

To what extent can a more efficient and sustainable logistics system be achieved by use of digitalization technologies such as Internet of Things (IoT) and 5G?
Ericsson
August 12, 2020

Today's post and parcel enterprises need to scale up their operations, onboard new and temporary staff and invest in automation and other technologies to streamline delivery processes and cope with such dramatic growth in demand.
Scandit
August 11, 2020

Barcoding, Inc. announced the availability of its new research study for migrating and modernizing on the leading mobility platform Android.
Barcoding Inc.
August 10, 2020

Arguably the most hyped technology in the world, blockchain, has found a fresh new use-case in recycling services, with big-picture plans to rid the environment of all recycling waste completely.
RecycleGO
August 10, 2020

A resilient supply chain is indispensable for the flow of essential goods around the world.
Bruce Orcutt
August 7, 2020

Technology makers in the supply chain are making personnel moves and ramping up their efforts.
Brielle Jaekel
August 7, 2020