Prepare Your Company for the Artificial Intelligence Economy

Recent technological advancements have caused artificial intelligence to take on a life of its own, but it’s only the beginning. 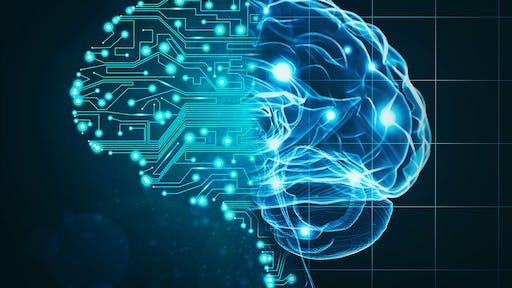 Recent technological advancements have caused artificial intelligence (AI) to take on a life of its own, but it’s only the beginning. AI has the potential to reel in over $13 trillion to the intercontinental economy by 2030; however, enacting the smart technology brings along complications. If nations, companies, and their people adopt the proper learning mindsets, the prospects for success are endless.

Approximately 70% of businesses could incorporate the use of AI technology in some way by 2030. These systems have already expanded enough to increase GDP of local economies by 16%. As the industry grows, AI will affect the economy from several angles: modifying the current job market, possible job elimination due to automation, innovating products and services, and increasing activity in the global marketplace.

In recent years, Artificial Intelligence has emerged into several markets worldwide. AI was introduced to America’s economy in 2011 through Google Brain as it aims to bring “the benefits of AI to everyone.” There are also federal initiatives to expand the safety guidelines and resources surrounding American AI.

In 2018, AI broke ground into Europe. As a result, the U.K. government plans to carry the evolution of ethical AI tech. Even the European Union hopes to invest $22.3 billion (30 billion Euro) in AI research.

On the other hand, China began developing regulations for the next generation of AI in 2016, estimating a 2020 completion date in efforts to become the global leader for artificial intelligence by 2030.

Adopting artificial intelligence can equate to a net economic benefit. Leading AI countries have seen a 20-25% growth in their economy, developing countries a 5-15% growth. AI solutions contribute to broadening financial savings while simultaneously increasing profits. This can be seen in predictive maintenance technology, forecast demanding, and route optimization.

Additionally, AI fleet optimization can reduce manual operation time by up to 30%, deadhead routes by up to 20%, and cost-to-serve by up to 10%. AI in manufacturing can decrease the total cost of quality by up to 8%, scrap and rework by up to 25%, and quality variability by up to 30%.

Although AI has already gained massive recognition, the majority of businesses are behind, leaving the industry to struggle specifically in countries lacking technology infrastructure. Limitations to implementation include no methods to teach machines, scarce data, and difficulty analyzing results.

Choose to lead the way rather than falling in line. By 2030, 250-280 million new jobs could be created globally, generating billions for the retail, healthcare, public works, and agriculture industries. Those willing to learn new schools will have opportunities for innovation, ultimately succeeding in the AI Economy. Artificial intelligence will take the universal economy by storm - is your industry ready?