Four Technologies Developers Can Use to Transform the Supply Chain 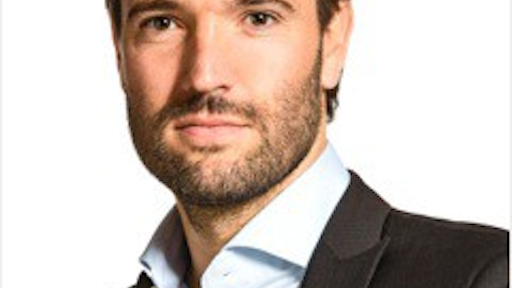 Software developers are always on the lookout for new, uncrowded markets in which they can make an impact. Fresh ideas can still make a difference in certain areas of the consumer and enterprise markets, but the competition is definitely intense. As technology continues to transform logistics and the supply chain, more developers are discovering that there’s a lot of room for new thinking when it comes to how hardware and software can affect the production and distribution of goods.

Any influx of interest from developers is a positive development for the industry and we should welcome these new developers with open arms. There are numerous technological advancements that are opening doors for developers in the supply chain, but we’re going to focus on four in particular: drones, wearables, Raspberry Pi and app stores. All four build off the success of smartphones and tablets, and bring new possibilities to enterprise business processes ranging from hands-free order picking to inventory management.

If you only think of drones as recreational flying toys piloted by kids, then you need to adjust your thinking. Beyond the recreational versions that consumers love to pilot, you can also find enterprise-grade drones that cost as much as some used cars. These models include durable materials, advanced flight controls, and high-definition/4K cameras for recording videos and still images.

Just imagine how that technology could be used in a warehouse to monitor inventory, capture data and move small items around. Beyond the warehouse, Amazon even detailed plans for a service called Prime Air, which would use drones to deliver packages weighing up to five pounds.

Thanks to efforts like Dronecode from The Linux Foundation, open-source platforms for drones are giving developers the resources and tools they need to build useful software for these airborne members of the workforce.

Computers and mobile devices require the user to use their hands to perform most tasks, but wearables can deliver information and be interacted with in a hands-free way, which increases productivity.

Whether it’s a smartwatch delivering notifications through taps on your wrist, or a device like Google Glass or Microsoft HoloLens overlaying inventory information on the real world, wearables are still unexplored territory for many developers, but the opportunity is huge in this industry.

In an environment in which spending thousands of dollars for new computing hardware is just another day at the office, the Raspberry Pi is a greatly appreciated relief for sore corporate expense accounts. Starting at just $5, you can get a basic computer that can be built on and expanded in a number of different directions: Attach a camera module, add WiFi through USB, connect a touchscreen display and so on.

The end result is a cheap, powerful and customizable computer that can be deployed in every step of the supply chain to open up endless Internet of Things (IoT) opportunities for developers.

Creating great software is a difficult job, but getting that software in the hands of your customers is an entirely different challenge. The good news is that app stores are making software distribution much easier for developers. That means they can focus more attention on the software itself, while customers in the supply chain can find, purchase and update mobile/desktop apps in a familiar environment that doesn’t add any complexity.

It’ll be interesting to see how developers make their mark on the supply chain over the next few years. During that period, who knows what other new technologies will become available for them to use? Already, the fact that software-based barcode scanning allows enterprises to replace dedicated devices with camera-equipped smartphones means that scanning with drones and wearables is not a futuristic vision, but a very real possibility for today’s developers.

Developers: It’s time to get to work. The supply chain is hungry for your creativity.

Samuel Mueller is the CEO and co-founder of Scandit, and is responsible for overall strategic direction, marketing, sales and business development. Prior to Scandit, Mueller was a management consultant and project leader for multinational companies such as Swiss Airlines, Swiss Re and IBM, as well as a corporate researcher at the renowned IBM Zurich Research Lab. While at IBM, He was awarded an IBM Research Division Award and a total of three IBM Invention Achievement Awards. He authored numerous patent applications and published research results in leading conferences and journals. He holds a Ph.D. from ETH Zurich, and graduated summa cum laude with an MSc in computer science and an MA in financial economics, both from the University of Zurich, Switzerland.

Technology providers in the supply chain are hoping to power through the Coronavirus (COVID-19) pandemic and look beyond into 2021 with their strategies in upper management.
Brielle Jaekel
March 31, 2020

FOG Software Inc. has taken over ProShip Inc. from Quadient, but the latter will remain independent.
ProShip
March 30, 2020

Decision makers in the supply chain are becoming frustrated with out dated systems that they believe are costing these companies money, according to a report from Cleo and Dimensional Research.
Cleo
March 30, 2020

Tradeshift launched Tradeshift Engage, its seller engagement platform designed to build true digital collaboration between suppliers and buyers by delivering value on both sides from day one.
TRADESHIFT
March 27, 2020

The supply chain is focusing on technological advancements with new leaders and board members driving innovation.
Brielle Jaekel
March 27, 2020