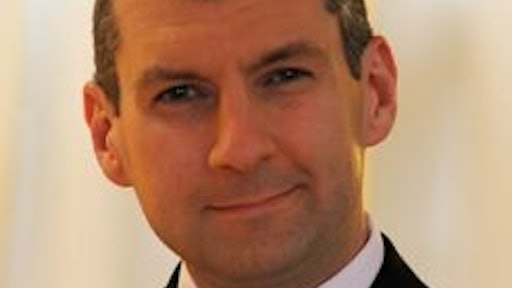 For virtually any large company, few capital investments have more far-reaching implications than the interconnected applications and processes that make up its enterprise resource planning (ERP) system. ERP informs every area of operations, from sales and marketing to finance, human resources and, perhaps most crucially, supply chain management.

Anyone who has had even a casual role in purchasing, implementing and running an ERP system knows that it is a mammoth undertaking with a price tag to match. For a Fortune 500 company, maintenance and upgrades alone can cost more than $50 million a year and require the full-time efforts of several hundred employees. Yet as often as not, what the company gets in return is a system as cumbersome and complex as it is indispensable.

Small wonder that as companies strive for greater flexibility and look to optimize their supply and distribution chains many are considering swapping out their existing ERP systems for modular cloud-based alternatives. Sold on a pay-as-you-go subscription basis, these software-as-a-service (SaaS) applications are touted by vendors as a transformative advance over traditional on-premise systems—unfailingly more economical, flexible and easy to use.

Seeing Through the Hype

Indeed, at first glance, the choice between cloud-based and on-premise ERP may appear to be something of a no-brainer. Clearly, vendors have a vested interest in pushing that notion, pumping millions of dollars into promoting their technologies. By and large, chief information officers (CIOs) are attuned to the hype, but misconceptions abound:

Tilting Toward the Cloud

Vendors’ messages are clearly hitting their target as evidenced by the speed and degree of new investment in cloud-based applications. Net new license revenues for traditional ERP systems have been declining since 2013 and are now eclipsed by total revenues from cloud-based solutions. Even traditional ERP vendors’ SaaS revenues are on a rapid ascent and likely to soon surpass their revenues from legacy ERP sales. By 2016, the total spend on SaaS solutions is projected to double to more than $78 billion or more, while revenue from the sale of old-school ERP systems will decline by more than 30 percent to less than $15 billion.

Whatever the relative merits of on-premise and cloud-based ERP, it would be erroneous to view them in an either/or context. Set out on a quest for the one true path to supply-chain nirvana and you’re likely to find that there is no such thing.

Make no mistake: Cloud-based SaaS systems offer the real promise of improved cost efficiencies, heightened functionality and control, faster and easier implementation, and a better experience overall—for companies, their suppliers and their customers at every point along the supply chain. But the promise can’t be fulfilled by forcing an all-or-nothing choice between one approach or the other.

Rather, it comes about from integrating these applications into companies’ legacy ERP systems, creating what is known as hybrid ERP.

The Case for Hybrid ERP

Traditional monolithic ERP systems have long been criticized for their high cost, lack of flexibility, and difficulty of implementation. New enterprise-grade applications are fast replacing old ERP systems as companies move to become more flexible and more mobile. These new applications can be integrated with traditional ERP software into hybrid ERP systems to enable specific functions, such as human resources, supplier management and e-commerce, to operate with greater agility and independence from old-style information technology (IT) organizations.

To be sure, hybrid ERP systems have been around for some time. The problem is that, historically, they were so costly and complex to implement that only large companies could derive any benefit at all from them.

No longer. Creating a hybrid system need not be burdensomely complex and expensive. And its flexibility allows for a variety of combinations that can be customized to the needs of most organizations.

That isn’t to suggest it’s easy. Choosing the right applications and assembling a fully functional ERP-based ecosystem requires robust integration and security capabilities that may test the resources of many companies. The mere suggestion that the company move its activities in their entirety to a location as ephemeral as the cloud can likely bring pushback from some quarters. Many may voice concerns about cybersecurity and data leaks, or question, not unreasonably, who now owns the company’s cloud-relocated data.

But for a company that could benefit from a hybrid approach, these should be viewed as caveats, not deal-killers. As a first step, companies should evaluate ERP applications meticulously in light of their actual needs. As part of their due diligence, they need to work up detailed business cases that take into account both pros and cons, and factor in all costs, including implementation and upgrades. Companies heavily dependent on suppliers and complex supply chains need to formulate metrics that accurately quantify improvements in the efficiency of their procurement systems.

It’s an ambitious undertaking, but the payoff can be considerable. For starters, moving functional applications to the cloud enables employees anywhere in the world to access the data they need any time on any type of device—laptop, desktop, smartphone or even wristwatch. Indeed, this level of data mobility is becoming a must-have for virtually every business process.

Another benefit: Business unit heads and C-level executives such as chief procurement officers and chief marketing officers have long demanded greater influence over the technologies that run their operations — and hybrid ERP has the potential to provide just that kind of flexibility. By lowering the barriers to entry in terms of time and cost, these applications empower functional teams to pilot and implement major new initiatives, often without need of IT support.

Finally, a hybrid environment enables companies to evolve away from their massive ERP infrastructure investments, which never fully delivered the end-user experiences and mobility demanded by customers, suppliers and employees. Indeed, the shift can already be seen in the marketplace. Now, companies can build new sales channels and work more closely with suppliers to monitor and automate their supply chains, and provide employees with customizable mobile apps to support how they conduct business.

Meanwhile, advances in cloud-based procurement software are significantly easing the integration of suppliers into procurement networks, and doing a better job than traditional systems of making the entire value chain of supplier solicitation, sourcing, procurement and payables more transparent.

Look Before You Leap

Linking new cloud-based applications to their legacy ERP systems offers companies the best of all worlds—but prudence remains paramount. To derive full value from these programs, companies must establish a comprehensive business case that weighs the pros and cons, and incorporates benchmarks and metrics for assessing post-implementation results.

Deploying cloud-based ERP applications typically costs less than half as much as traditional systems, but the outlay is still substantial and the subscription model means ongoing operating costs as well. Still, going hybrid can free a company to devote the up-front capital investments it once allocated ERP to more strategic—and profitable—ends. That could be the most significant payoff of all.