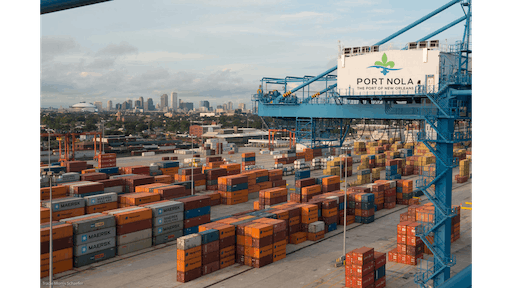 According to Xeneta, which crowdsources shipping data from more than 600 major international businesses, covering more than 60,000 port-to-port pairings and over 17 million contracted rates, the recent collapse of Hanjin laid the foundations for a trading period like no other.

“It was certainly a stand-out quarter,” stated Xeneta CEO Patrik Berglund. “Short-term rates on the world’s No. 1 trade route—far East Asia to North American main ports—skyrocketed, largely due to Hanjin transforming oversupply to undersupply almost overnight. This enabled significant rate hikes, with the market average price for 40-foot containers climbing by 47 percent across Q3, starting at $1,240 and ending on $1,826 USD.

“However, looking at today’s data, we can already see that prices are trending down somewhat, meaning the Hanjin effect is history. There is clearly still an issue of structural overcapacity, albeit more balanced now, and that pushes prices down—with risks for both the carriers and beneficial cargo owners (BCOs)/shippers. Short-term rates on the number two route—far East Asia to North Europe—actually fell by 24 percent in Q3.

“That said, this is more of a stabilization, or flattening out, as it should be seen in the context of a longer term climb. Market averages for 40-foot containers hit a low of $662 USD in April and rose to $1,500 USD by the close of September on this route. So, the fall isn’t as serious for carriers as it may seem. However, if it continues, that’s another matter. That could bode for a very challenging 2017 for carriers and, therefore, a risky time for shippers who must have predictability in their supply chains.”

On the plus side for carriers, Xeneta’s CEO noted that reported market-low rates rose spectacularly since Q1, climbing by 258 percent from the end of that quarter to the beginning of Q4. That curve stabilized in Q3, but remains on an upward trajectory.

The data and trends are complex, Berglund admitted, but the feedback from Xeneta’s network of global shippers is perhaps simpler to decipher. He explained that large-volume shippers seeking long-term contracts are reporting carriers aren’t prepared to negotiate near the bottom end of the current market, where many of the older, expiring long- term contracts sit.

“This should wave a red warning flag to any shipper tendering/bidding for new long-term rates in January, the European norm, and next May, the U.S. standard,” he said. “It makes it clear carriers have an expectation that the market will continue to pick up.

“From our data, we can see how much long-term rates have risen through Q2 and Q3. For example, the cost of shipping a 40-foot container for the far East to North Europe route has escalated from a low of $361 in April to $965 USD on September 30, a 168 percent increase. With this in mind, shippers probably shouldn’t expect the same low price contracts in 2017 as they secured in 2016.”

Berglund added the caveat that it’s too early to accurately predict the market for 2017, though, citing the unpredictability of a segment that changes almost daily. The Xeneta CEO argues that the only way for both shippers and carriers to keep up with these dynamic developments, and get the best prices for cargoes, is to utilize the latest business intelligence and analytical tools.

“Xeneta gives users an unrivalled real-time view of pricing, something that was not previously possible with static, historical rate reporting,” he concluded. “This allows all businesses through this key link in the logistics chain to benchmark their performance against the wider market and, therefore, negotiate rates that deliver optimal value.

“This market moves incredibly fast, but with the right data your decision-making can always stay one step ahead.”