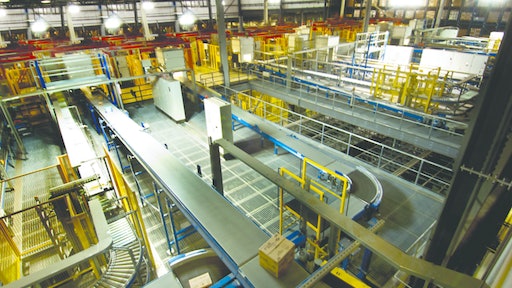 The industrial sector now registered 26 consecutive quarters of net occupancy gains. The national industrial vacancy rate continued to decline in the third quarter, falling by 20 basis points (BPs) from the prior quarter and 90 BPs from the prior year to 5.6 percent. Industrial vacancy tightened in every region of the U.S. in the third quarter and is currently tracking a full 280 BPs below the 10-year historical average.

“For the most part, the industrial demand drivers remain firmly intact,” Thorpe said. “The indicators that we monitor, such as containerized traffic flows, transportation indices and consumer confidence, are still trending in a positive direction, which should continue to translate into robust industrial leasing activity.”

“Clearly, there are risks and headwinds that confront the sector,” Thorpe continued. “Exporters continue to face a stronger U.S. dollar, global economic weakness persists and businesses continue to deal with elevated inventories. But these aren’t new challenges and we still see the positives outweighing the negatives in the industrial market.”

John Morris, executive managing director, and lead for logistics and industrial services for the Americas, expects the industrial sector to continue to outperform the real estate market and the overall economy.

“For almost 20 years, from 1993 through 2011, U.S. industrial net absorption tracked gross domestic product (GDP) very closely,” Morris said. “The two metrics have had a tight correlation, with absorption essentially mirroring GDP growth, lagging by perhaps a quarter. Since late 2011, however, this connection has been broken, as net absorption outperformed the economy. E-commerce, urbanization, the last mile, same-day delivery and similar phenomena affecting our business, all of which are new, are busting older market paradigms, all to the benefit of the industrial real estate market.”

On the development front, 159.3 MSF of industrial product has been delivered in 2016, with 59.6 MSF of it coming online in the third quarter. Major industrial markets, port cities and primary inland distribution hubs have welcomed the majority of industrial deliveries this year—industrial product that is increasingly speculative in nature. Speculative projects have accounted for 108.9 MSF (or 68 percent) of year-to-date deliveries, and developers continue to break ground on more speculative projects as vacancy rates in many markets remain at or near historic lows. Currently, there is 214.5 MSF under construction, of which 102.1 MSF is expected to come online in the fourth quarter.

Jason Tolliver, head of industrial research for the Americas, notes that both new development and leasing activity remain concentrated in primary industrial markets and that – although leasing fundamentals are strong – a robust speculative pipeline may soften some markets in the future.

“Quarterly leasing demand continues to outpace deliveries, but that gap is closing,” Tolliver said. “Demand for modern, functional distribution space remains red-hot and developers are hustling to provide it. We continue to see the strongest activity in the primary markets that have dominated leasing and deliveries this cycle, but development is accelerating across the board.”

“Nearly half of the U.S. markets now have more than 1 million square feet under construction,” Tolliver continued. “Given the tight market and strong leasing appetite, the space is needed to bring supply/demand fundamentals closer to balance. We anticipate that supply will surpass demand in 2017. Until then, expect upward pressure on rents.”