The new report highlights the value of hardwiring sustainability into supply and demand to future-proof businesses. 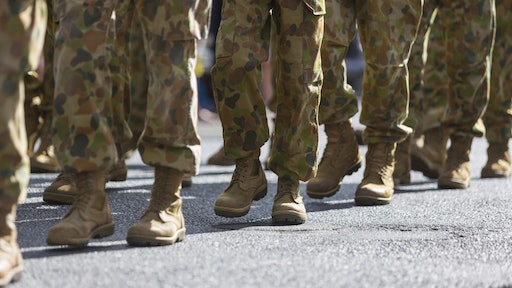 The way companies evaluate total cost of ownership (TCO) is reaching a tipping point, according to a new CDP report entitled “A Paradigm Shift in Total Cost of Ownership.” As more and more major purchasers—including the U.S. military—look to cut their environmental costs, sustainability is being embedded throughout the value chain and factored into purchasing decisions.

Greater environmental accountability, better management of resources and a broader definition of costs are driving purchasers to look outside their walls and hardwire sustainability into the value chain. Some of the world’s largest purchasers are encouraging key suppliers to calculate and disclose their environmental impacts in order to identify opportunities to create resource- and energy-efficient products, and capitalize on the shift to a low-carbon economy. Through CDP’s supply chain program, 89 purchasing organizations with $2.7 trillion in collective annual spend use CDP’s globally recognized environmental reporting platform to engage with over 8,200 strategic suppliers on greenhouse gas management and water risk mitigation.

“Given the massive changes inherent in transitioning to a low-carbon economy, the writing is on the wall for corporations. Reducing waste and improving efficiency across the whole value chain makes business better,” said Paul Dickinson, executive chairman, CDP. “The organizations showcased in this research show that rethinking sustainability delivers results and that competition in a carbon-constrained world is going to be very exciting indeed.”

To better understand how sustainability affects underlying business goals, the report reveals that government agencies like the U.S. Department of Defense and major corporations, including Hewlett Packard Enterprise (HPE) and General Motors, are designing and sourcing innovation by building sustainability into core practices of product development, sales and procurement. By utilizing a TCO approach and assessing environmental factors throughout the lifecycle, companies are now able to create and seize greater business opportunity.

Finally, the report highlights a case study that analyzes the potential cost savings of HPE’s Moonshot servers based on the military’s draft acquisition guidance, which assesses the lifecycle impacts and costs of purchase systems. Applying this method to the servers yields considerable savings in both financial and environmental impact. The study finds that replacing traditional servers with extreme low-energy (ELE) servers like Moonshot would have the potential to cut annual greenhouse gas emissions by up to 100 million tons—the equivalent of taking up to 20 million cars off the road for a year. In this scenario, customers would save up to $12 billion in internal energy costs and the total environmental impact could be reduced by up to $20 billion.

“Businesses today face growing pressure to meet tougher procurement standards as customers look to reduce all costs—financial and environmental—from the products they purchase,” said Antonio Neri, executive vice president, HPE. “As the leading provider of hybrid IT infrastructures, HPE will continually innovate to meet the growing demands of our customers with significantly less impact to the planet.”