Businesses have a high or extreme risk of association with slavery in their supply chains in 115 countries. 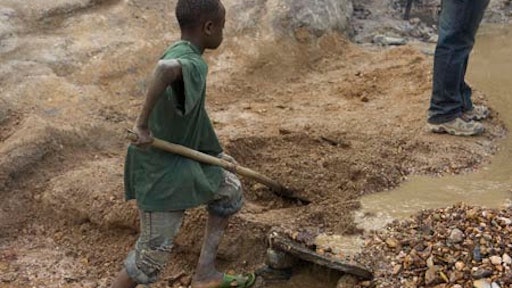 Ten percent of cobalt produced and used by the world's largest technology and mining companies relies on child labor and worker exploitation.

International companies face a high risk that slavery is part of their supply chains, particularly if they are in garment-making, farming or mining industries, a political risk consultancy warned.

Verisk Maplecroft said businesses had a high or extreme risk of association with slavery in their supply chains in 115 countries, with China and India among the emerging economies where it was most likely.

Even the European Union as a whole was rated as holding a medium risk as a result of the flood of refugees into the bloc heightening the chance of migrants and refugees being exploited.