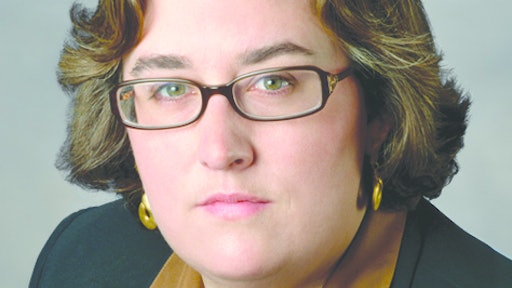 Europe took a page from California and adopted its approach to corporate responsibility for supply chain transparency, and eradicating slavery and human trafficking in the global supply chain. All companies selling goods and services into both the United Kingdom and California will need to harmonize their global compliance for both jurisdictions.

In March 2015, the United Kingdom passed the Modern Slavery Act (UK Act). This is the first of its kind in Europe. While most of the UK Act addresses the violations and sanctions against those directly engaged in the criminal activities of slavery and human trafficking, the UK Act includes a new corporate reporting obligation that is modeled on a 2010 California law.

The UK Act’s new corporate reporting obligation is similar in content and structure to, and appears to borrow in significant part from, California’s Transparency in Supply Chain Act (SB 657) enacted in 2010. The California law required corporations to comply by January 1, 2012 and the new UK Act requires compliance by October 15, 2015. There are some differences in the compliance required by both jurisdictions, but it appears possible for sellers of products into both jurisdictions to comply with both laws with some coordination.

Who Has a Duty to Comply in Both California and the UK?

Following a consultation process in May 2015, the UK government confirmed that the UK Act will apply to entities that have a total turnover (equivalent to the gross receipts concept under California law) of £36 million ($50 million) or higher, and carry on a business in the UK. The consultation response explains that the relatively low turnover threshol was, in part, selected to extend the UK Act’s application to a wider group of companies, ensuring that a larger cross-section of businesses are “aware of the potential for modern slavery to infiltrate their supply chains and businesses.”

The reporting obligation will apply to commercial organizations (corporate bodies and partnerships, wherever incorporated or formed) that carry on a business or any part of a business, in any sector, in the UK. The UK Act will, therefore, catch both UK and non-UK incorporated or registered entities and, unlike the California Act, there is no requirement for a business to reach a footprint level. Although the term carry on a business is not defined in the UK Act, it is anticipated that there will need to be a demonstrable business presence in the UK—something more than merely being listed on a UK market.

What Are a Business’ Compliance Duties under Both Acts?

In both the California and UK laws, the substance of the compliance requirement is a moving target.

The California statute states the five main disclosure requirements in a rather straightforward fashion; the California attorney general recently released “The California Transparency in Supply Chains Act: A Resource Guide” (the AG Guide), which offers recommendations for best practices that go beyond the statute’s requirements. Thus, the California law sets a floor on what must be disclosed, while the AG Guide sets a higher bar for the best disclosures.

Under the California law, each retailer or manufacturer must disclose through a link on its web homepage that it does the following:

The UK Act is less prescriptive, stating only that a company provide a statement of the steps it takes to ensure that slavery and human trafficking is not taking place in any of its supply chains or parts of its business. Rather than provide a prescriptive list, the UK Act offers a series of suggested topics to include in the company’s statements, including descriptions of its policies, due diligence processes, training, performance measures, an assessment of the effectiveness of its program, and identification of parts of its supply chain at greater risk of slavery and human trafficking.

An alternative is for the entity to provide a statement publicly admitting that no steps were taken to manage the risk of slavery and human trafficking taking place in any of its supply chains. Declaring that no steps were taken is for all the obvious reasons unlikely to be an attractive, or sensible, commercial option for most organizations. The UK government states, and our experience bears this out, that “commercial competition will make doing nothing an unattractive and potentially more expensive option.” The increasing power of private regulatory governance—the notion that businesses are increasingly governed as much by consumer and industry opinion and choice as by traditional regulatory restrictions and controls—makes it unlikely that an organization will imply that it does not consider, manage, or seek to ensure that slavery and human trafficking is not taking place within its business.

At present, no guidance, outside the framework legislation adopted by the UK Act, was issued on the content of the required public statement. The UK government stated in the consultation response that this guidance is due to be published prior to October, when the obligation to publish a statement comes into force. However, it is expected that a statement that provides the requisite information pursuant to the California Act will, under the guidance, be acceptable for the purposes of the UK regime. Given that the UK government is on a campaign to reduce burdens on businesses, a prescriptive list of requirements in relation to the published statement is not expected at this stage. Moreover, the growing trend for trans-Atlantic regulatory learning (e.g., in relation to Conflict Minerals) dictates that the UK will take California’s lead on the required contents of the published statement.

Under the UK Act, the disclosure statement must be adopted annually at the end of each financial year, and it must be signed and approved by the board of directors (or equivalent management body), and signed by a director who can attest that steps were or were not taken to ensure no slavery or human trafficking is occurring in the supply chain. Also, under the UK Act, the statement must be sent annually to the newly appointed Independent Anti-Slavery Commissioner and published in a prominent place on its website homepage. In contrast, the California law does not require annual statements, only a single statement, and California does not require a signature by a high-ranking officer of the company. Duties under the California law are triggered by the annual gross receipts and industry code (i.e., retailer or manufacturer) a company cites on its state tax return.

How Will These Duties Be Enforced?

Both the California law and UK Act offer only injunction or performance of the statutory duties as the means of enforcement. It seems likely that California’s attorney general will be filing soon against some unfortunate company that has yet to post its SB 657 statement since it is now three years since the requirement took effect and the attorney general’s enforcement role became active in early 2015. It also should be noted that there is no limit on remedies available for a violation of any other state or federal law, leaving some open questions as to whether, for example, the state’s unfair business practices law would be available to plaintiffs seeking to enforce this law’s disclosure provisions.

What Do Companies Selling into the California and UK Markets Need to Do Now?

Many companies prepared and posted their SB 657 compliance statements on their websites in late 2011. Now it is three years later, and many of those statements should be reviewed to determine whether improvements can be made to align the statements with the new AG Guide on best practices since the AG Guide sets the bar higher than the law established in 2010. The California attorney general’s office started its enforcement efforts in 2015 and is currently seeking voluntary submission of the statements via a data survey on its website.

In addition to a review and update of their existing SB 657 statements, companies should be preparing for compliance with the UK Act’s requirements that currently have a provisional deadline of October 2015. For the next few months, companies should be looking for guidance that will be issued by the UK Secretary of State for clarification on the required content on the published statement, and should be looking at the steps they took in the past year to ensure that no slavery or human trafficking occurred in their supply chain.