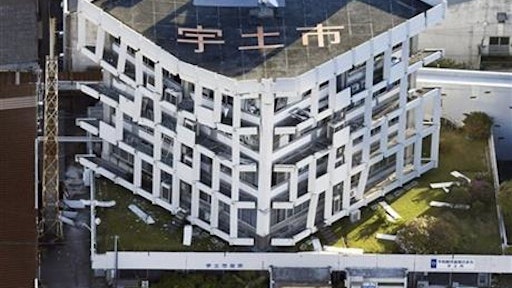 April 19, 2016—The vulnerabilities of the tight production supply chains at Japanese companies including Toyota Motor Corp. are back in the spotlight after earthquakes in southern Japan forced several to curtail output this week.

Toyota’s decision to shut 26 car assembly lines this week nationwide due to production halts by a supplier shows how the auto maker’s lean manufacturing system, often viewed as a model of efficiency, can be impacted by disasters. The latest shutdowns drew parallels to the aftermath of Japan’s 2011 earthquake and tsunami.

In addition to Toyota, Honda Motor Co. said it would keep its motorbike plant in Kumamoto shut through Friday. But in contrast to Toyota, which is shutting down production nationwide, Honda’s plants outside of southern Japan are running, while Nissan Motor Co. resumed operations at its plant in Kyushu on Monday after a temporary shutdown.

The magnitude 6.5 quake on Thursday and a magnitude 7.3 quake on Saturday that struck Kumamoto prefecture in Japan’s southern island of Kyushu, left more than 40 dead and caused disruption to crucial supply chains. This is the second time in three months that Toyota has had to stop production in its plants throughout Japan after supplier troubles. The earthquake-affected supplier Aisin Seiki Co. made door and engine components at the plants in Kumamoto, and Toyota has yet to decide when it would resume operations, a Toyota spokesman said.