Parties found in violation of Section 337 can be barred from importing goods found to infringe into the United States. 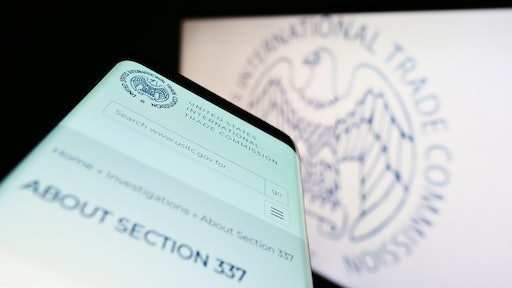 Section 337 unfair trade litigation at the U.S. International Trade Commission (ITC or Commission) poses unique risks for U.S. industrial supply chains. Parties found in violation of Section 337 can be barred from importing goods found to infringe into the United States. ITC remedial orders are not limited to finished products but can include components and raw materials used to assemble products in the United States. It is therefore essential that in-house counsel at U.S. manufacturers understand the nature and scope of the ITC remedial orders in Section 337 investigations, and the potential for those orders to snarl supply chains.

Fortunately, throughout the course of ITC litigation, there are opportunities for third parties influence the shape of the Commission’s remedial orders and, in extreme cases, even to prevent them from going into effect.

First, a bit of background. The ITC is a U.S. government trade agency that, among other things, investigates various types of unfair acts involving the importation of goods. Under Section 337 of the Tariff Act, the Commission investigates private party claims of unfair acts in the importation of goods. The Commission’s investigations are rapid – typically 18 months or less – and fact finding and initial legal determinations are handled by experienced Administrative Law Judges (ALJs). Section 337 proceedings are similar to district court litigation, complete with discovery and a bench trial.

Plaintiffs (called “complainants” at the ITC) like the ITC because the powerful remedy offered – closure of the border to infringing goods and domestic cease and desist orders – resembles a district court injunction. The scope of potential ITC remedial orders is defined by the scope of the investigation and frequently includes the phrase “and components thereof.” The inclusion of “components” covers cases in which components that do not themselves infringe at importation are used in the United States in an infringing manner, often to assemble or manufacture finished products. It also prevents respondents from importing components and then assembling them in the United States to circumvent ITC remedial orders.

It is not uncommon for complainants to target a respondent’s supply chain in Section 337 investigations. A recent, dramatic example is a complaint brought by LG Chem against SK International (“SKI”) at the ITC, alleging trade secret misappropriation in the manufacture of electric car batteries. SKI was in the process of setting up a factory in the United States to supply EV batteries. The litigation involved trade secret misappropriation that took place in South Korea; the complaint alleged that these trade secrets involved imported components. The Commission found for LG Chem in a wide-ranging default judgement against SKI that would have excluded imported components that could have been used by SKI to make batteries in the United States.

The Commission in its Opinion specifically went after components imported by SKI, noting that “given the number and breadth of the trade secrets covered by the order, the Commission expects that most components will be subject to the order” based on the ALJ’s finding that “many of the misappropriated trade secrets, including the bills of materials (BOMs), pertain to highly customized components made specifically for the battery manufacturer to be used to manufacture battery cells, including electrolytes, active materials, carbon nanotube (CNT) slurries, anode and cathode slurries and their constituent elements, conductive additives, foils, packaging, in addition to the cells themselves. The Commission issued exclusion orders and cease and desist order with a duration of ten years. The case ultimately resolved after LG Chem obtained a settlement from SKI of $1.8 billion.

Third parties, particularly Ford Motor Company, played an important role, however, in delaying the implementation of the ITC’s remedial orders, by participating in the ITC’s public notice and comment process. Consequently, the Commission found that public comments “demonstrate the need to tailor the scope of the remedial orders to avoid undue harm to U.S. automakers that have contracted to purchase SK batteries for their electric vehicle product lines that are to be manufactured and sold in the United States in the near future.” The ITC delayed the implementation of remedial orders for two SKI customers, Ford and Volkswagen, for a limited period of time.

The Commission has often barred the importation of components used to assemble accused products in the United States. See e.g. Certain Beverage Dispensing Systems and Components Thereof, Inv. No. 337-TA-1130, Initial Determination, 2019 WL 5725376, at *32 (noting that where “infringement finding include[d] components that are imported for the purposes of assembling or ‘kitting’ the infringing device,” components “were included in the scope of the exclusion provision of the [exclusion order].”).

For respondents and third parties involved in an ITC investigation, it is therefore vital to make an early assessment of potential supply chain vulnerabilities.

Third parties have four primary opportunities to have their interests taken into account by the ITC. The ITC is required by statute to consider the impact on the “public interest” of possible remedial orders on public health and welfare, competitive conditions in the U.S. economy, the production of like or directly competitive articles in the U.S.; and on U.S. consumers. The Commission has tailored remedial orders to mitigate the effect on third parties, through spare part exceptions, grandfather clauses, delayed implementation and, in very rare cases, a determination to impose no remedy at all.

The first opportunity is during the 30-day period following the filing of an ITC complaint. After a Complaint is filed, the Commission then publishes a Federal Register notice and it requests comments from any member of the public or government agencies on the public interest factors. Parties have eight days to comment from the publication date of the notice. In response, the Commission may order the Administrative Law Judge (ALJ) to develop a full evidentiary record on the “public interest” implications of remedial orders.

Second, once an investigation begins, if a third party feels that its interests cannot be adequately represented by the parties, it can then seek to intervene to make its case for tailored remedies. The ALJs have discretion whether to grant intervenor status to third parties. Intervention allows third parties to develop a complete evidentiary record on their own – including by eliciting testimony at the evidentiary hearing, submitting expert reports, and even, depending on the scope of intervention granted, deposing and cross-examining party witnesses. The intervention can be narrowly tailored to address remedy and public interest issues only, avoiding the merits.

Finally, the Office of the U.S. Trade Representative must also sign off on ITC remedial orders before they go into effect, providing companies affected by ITC importation bans with a final opportunity to ask the government to mitigate the effects of remedial orders.

In sum, companies who could be affected by a Section 337 investigation – either as a Respondent or a third party – should act preemptively to mitigate the risk of supply chain disruptions. These steps should include: