Measuring the High Cost of Over-Engineering

Not all standards are created equal. Here’s how companies can adopt a “less is more” approach to engineering and come out ahead on cost. 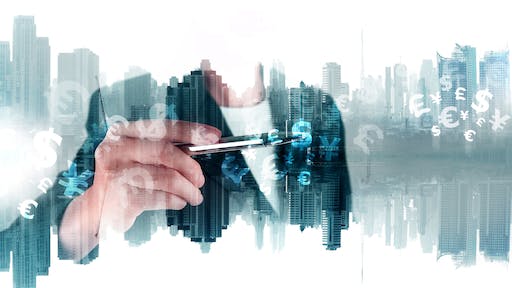 It’s no secret that standards, and the proper application of those standards, can drive dramatic cost improvements in design and engineering. But what many companies don’t realize is that not all standards are created equal. Industry standards (such as those from professional societies, industry consortia, and national/international standards bodies) encapsulate the best practices from within specific sector(s) and establish benchmarks that are agreed upon by multiple entities. Conversely, proprietary company/internal standards, while required in many cases to address special use cases, drive up costs and don’t leverage the economies of scale and standardization across the supply chain.

The decision on what type of standard to use—an industry standard, a modified industry standard, or a proprietary internal standard—can have far-reaching effects and can ultimately determine the success or failure of a project. This article explores the roots of this “standardization” dilemma, and lays out some concrete steps that every engineering-intensive organization should take to ensure that their standards and specifications are optimized for cost, quality and performance.

The Problem – An Innocuous Beginning

The problem begins to surface when organizations take industry standards, bring them under their own roofs, and begin to modify or append to fit their special needs or purposes. The decision to deviate from industry standards may seem justified at first. Perhaps engineers want to accommodate for special conditions (such as extreme environments), address challenges seen on past projects, or improve maintainability. Perhaps product or project managers want to encapsulate corporate practices or react to competitive pressures. But one thing is clear—once deviations are made, the cost-escalation process begins and, more often than not, the company has just “sub-optimized” the deployment of those standards.

Sub-optimization of standards takes many forms. Out-of-date references, over-engineering/over-specifying, the “forklift” effect of referenced standards [see sidebar above], and lack of supplier feedback are just a few of the factors that contribute to cost overruns. Ultimately, when internal standards are used (versus industry standards), companies pay a heavy price for customized parts, products and services—often 20 percent to 100 percent more than those that adhere to industry standards.

Proprietary company standards replace or supplement baseline industry standards with an ever-growing number and variety of internal requirements. These “variances” often lead to unnecessary re-engineering and results in products and projects that are more expensive and do not provide a meaningful performance edge. Lack of standardization also restricts the choice of manufacturers/suppliers, forcing companies to buy from a certain vendor that can raise prices to exorbitant heights because it, in essence, has become a sole-source provider when others cannot compete. This problem has become pervasive, ballooning to the point where it is costing industry an estimated $38 billion annually.

In the end, the incremental improvements (if any) from highly-customized internal standards rarely pay off. Not only do they not drive the intended benefit that the company was targeting (e.g., reliability, maintainability), but creating internal standards is also very expensive—something that companies can’t afford to overlook in today’s competitive, cost-conscious business environment. By reducing the prevalence of internal standards and focusing instead on leveraging industry standards, organizations typically realize massive cost improvements.

For example, one large operator in the oil and gas space recently assessed its own internal valve standards. Through that process, it uncovered numerous areas where the valves were over-specified versus industry standards, and that the deviations were not justified. It was estimated that eliminating over-specification and moving to industry standards on select valves could save upwards of $25 million in annual procurement costs. Expand that to all of the high-cost/highly-procured items where internal standards are being utilized and the potential for savings becomes even more dramatic.

A Project Approach to Standards Optimization

A standards optimization project can result in significant return on investment, proven to drive both immediate and long-term cost savings, along with improved quality and compliance. Often included as part of a company’s digital transformation initiatives, the purpose of a standards optimization project is to identify sub-optimally deployed standards and put a program in place to either replace with industry standards, or justify (via a business case) any deviations from industry standards.

Some companies have dozens or even hundreds of internal standards. This phase identifies those standards that have the highest procurement and/or manufacturing costs associated with them; and hence, the biggest opportunity for improvement. This initial phase quantifies the cost impact of standards, and prioritizes internal standards for action. To do this, equipment and project spend data is collected, then “cost drivers” are modeled based on analysis, surveys and input from experts. Each standard is ranked based on spend and cost impact, creating a ‘Total Cost Score’ (see Figure 1). Those standards with the highest ‘Total Cost Score’ proceed to Phase 2 – Conformity Assessment.

The Conformity Assessment process uncovers existing deviations between internal standards and industry standards, and if there is a path to convergence or even replacement of the internal standard. Function Modeling and Value Engineering tools (such as those available in the IHS Markit Engineering Workbench) record and rank deviations from industry standards that expose the company to risks of noncompliance as well as unnecessary added costs. It accounts for both qualitative (subjective) or quantitative (objective) deviations from acceptable values for cost, conformity and compliance, and arrives at an overall cost/value score for the standard.

In this phase, a complete series of questions are used to triage and down-select potential solutions. Example questions used in an oil and gas company project included:

The outcome identifies areas where internal standards overlap or have the same intent as the industry standards. IHS Markit utilizes semantic analysis tools, along with its library of industry standards, to determine if replacement with an industry standard is possible. For well-established engineering-intensive organizations, this is a sample breakdown of standards analyzed in a standards optimization project.

The Short- and Long-Term Results of Standards Optimization

For high cost, highly procured items, replacing just one internal standard with an industry standard can save millions of dollars annually. A comprehensive standards optimization project, involving dozens or hundreds of standards, can result in mind-boggling cost savings. A recent IHS Markit analysis revealed that a global oil and gas company could save upwards of $180 million annually by implementing the recommendations across its entire collection of internal standards. These savings include not only material costs, but also a host of other factors, ranging from internal and external engineering and contractor hours to inventory management costs to transportation and labor. As one engineer said, “IHS [Markit] consultants are true professionals in methodology and problem-solving... Ten minutes into our mentored project workshop, we were already seeing solutions from new perspectives.”