The see-through economy has resulted in a major shift in how companies perceive risk management. 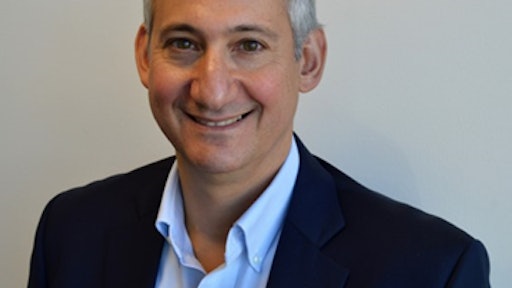 Even if regulators can’t keep up with the times, consumers and investors can. We’re in a see-through economy, a dizzyingly fast-paced age where the increasing adoption of social media and advanced technologies are empowering consumers to express their expectations of the companies with which they choose to do business.

In short, the general public has the power to monumentally impact a company’s reputation in an instant. What does this mean for businesses today? It means they need better governance, increased oversight and integrated risk management infrastructures to stay ahead of this intensifying trend pervading the business world.

According to insights published in the Forrester Wave: Governance, Risk and Compliance Platforms, Q1 2018, “corporate reputations are at risk. The hit to their reputation after a mishap, and the ensuing loss of customers and other stakeholders, damaged companies more than any other category of loss.”

Take United Airlines, for example. United’s market value plummeted by more than $1 billion the day after a man was videotaped being forcibly removed from an overbooked flight. The see-through economy has a direct connection to this scandal. United bumped over 66,000 passengers from its flights in 2016 alone, so it’s safe to assume this isn’t the first time a situation has escalated to conflict.

This, however, was the first such incident caught on video, and the resulting outrage helped fuel a major backlash from United’s customers and shareholders. United forced the removal of more ticketed passengers than any other airline. There’s no refuting the fact that customers, investors and regulators have taken note of this mishap and are expecting better. Since that scandal, United has reappeared in the news for deaths of pets in transport. Customers are watching, and when outrage is provoked, they are only too happy to bring to light and share other evidence of poor risk management. That is because effective risk management is a systematic process that permeates the entire enterprise. Where there is one risk management failure, many more are likely to follow.

In the see-through economy, compliance is more than a check-box exercise.

Compliance reflects a company’s ability to meet the needs, demands and rights of its customers. In the see-through economy, compliance is more than a check-box exercise.

States will jump as quickly as they can to impose new regulations that fade from federal view in honor of protecting their consumers, who have made their expectations clear through an open digital forum. This uncertainty of new regulations coming from multiple angles necessitates the adoption of ERM platforms with robust change management capabilities.

For example, the Wall Street Journal published this headline in early February: “States Look at Establishing Their Own Health Insurance Mandates: Congressional Repeal of the Obamacare Individual Mandate Leaves Many Lawmakers Examining Replacement Measures.” The same pattern of new state regulations has happened in areas such as corporate pollution in June 2017, net neutrality rules in March 2018 and cyber violations in September 2017.

Innovation is a root cause of risk in the see-through economy.

Chipotle is a poignant example of how innovation led to a failure in risk management. The 2015 food contamination disaster occurred shortly after the restaurant chain launched an innovation to include locally sourced food in their recipes. With this in mind, we can begin to uncover the root cause of these outbreaks.

The problem was not unsanitary facilities or poorly trained staff or bad suppliers. Rather, the scandal was a risk management failure. It’s clear they did not identify the root cause of their struggles: an innovative decentralized business model of fresh, locally sourced ingredients and food preparation, where they now have 1,000 or so points of food sourcing and contamination whereas typical centralized systems have a fraction of that. It was a failure in risk management because had the company used ERM to manage their new risks by properly identifying the potential sources of their outbreaks, they could have implemented corresponding decentralized controls that could have prevented the continued claims of food poisoning at Chipotle restaurants today.

Again, we witnessed the impact of the see-through economy. When consumers and investors publicly call foul on one company, the systemic nature of a problem is revealed. The repeated offenses by Chipotle and many other innovative companies have been called out by millions of consumers with the hope that the “it’s a one-time thing” excuse will no longer be an option.

These days, it can feel as if the cards are stacked against corporations. However, ERM can help organizations effectively assess the risk of innovation, centralize or decentralize controls as needed, and implement monitoring to prevent risk and achieve their strategic goals proactively. Rewards in this see-through economy go to those who deserve their positive reputations. It seems an intuitive and a fair correction to a system that has long allowed shortcuts and poor practices to operate in the shadows.