The Expanding Risks to Business from Modern Slavery 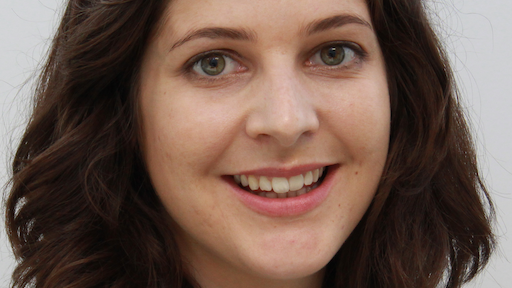 Modern slavery and human trafficking may seem like a distant threat, but the tens of millions of workers trapped in webs of debt, threats, illegality and physical coercion are an inherent part of company supply chains. Slavery and human trafficking appear in commodity production and low-value manufacturing; in the subcontracted workforce of the emerging markets; and in the service sectors, such as catering and cleaning, of Europe and North America.

For businesses trying to balance the need to comply with modern slavery laws against the potential damage that full disclosure on forced labor might have with their consumers and shareholders, ensuring that these hidden risks remain hidden can seem like an appealing option. But the dilemma such an approach raises isn’t that straightforward.

If companies fail to provide adequate details on the steps they’re taking to eradicate modern slavery from their supply chains, they may be accused of not being committed to tackling labor exploitation or face compliance issues with applicable laws. Alternatively, disclosing the risks they know about may increase, rather than decrease, their legal and reputational risks.

Herein lies the problem: Companies that actively identify modern slavery in their supply chain must do so with the understanding that the more they know, the more they’re required to reveal.

Are You Ready for Closer Scrutiny?

The 2015 UK Modern Slavery Act marked a turning point for businesses. It was one of the first pieces of legislation that requires businesses to issue an annual report disclosing their modern slavery risks and mitigation actions. Corporate disclosures of this nature have also been adopted in the United States and the European Union, with Australia now undertaking an inquiry into the adoption of a similar modern slavery law.

The requirements are making business’ supply chain practices more open to public scrutiny. Consumers are becoming an increasingly powerful force, typically demanding that companies prevent the exploitation of workers in both their direct operations and global supply chains.

Verisk Maplecroft’s Modern Slavery Index sheds light on the risks facing companies navigating these new supply chain disclosure laws. This research reveals that companies are facing a “high” or “extreme” risk of association with the practice in 115 countries, with manufacturers and commodity producers in Asian and African countries posing the greatest challenge to companies.

What should be concerning for business is that the Asian heavyweight exporters of China and India feature in the “extreme risk” category, alongside important natural resource hubs, including the Democratic Republic of Congo (DR Congo), Iran, and Côte d’Ivoire (Ivory Coast). The association of slavery with hard and soft commodity production and low-skilled manufacturing deep in business supply chains means that the retail, garment, agriculture, ICT (information and communications technology) and automotive sectors face the highest risks.

How Low Should You Go?

While most multinational companies have robust systems to ensure that slavery does not occur among their first-tier suppliers, key numbers emerging from Verisk Maplecroft’s research expose the extent of the challenges lower down the supply chain.

Companies are, understandably, questioning how much they should reasonably know about the existence of modern slavery in their operations and supply chains. Growing public awareness and scrutiny of modern slavery has served to entrench the assumption that brands can be held responsible for all workers that help manufacture their end products, no matter how far down the supply chain. Brand reputation is therefore tied to a broadening perception of a business’ responsibility, which potentially exposes such entities to increased risks—especially if, like many, they have not yet managed to map supply chains or assess modern slavery risks beyond their first-tier suppliers.

Given the complexity of most production processes, it can be difficult for companies to identify suppliers in the lower tiers of supply chains, let alone ensure that human rights violations are not taking place. Yet, it’s clear that claiming ignorance of such violations in supply chains is not a defense.