On issues ranging from innovation to free trade, from security to unionization, the supply chain is looking to Washington to bring changes that will make the U.S. more competitive 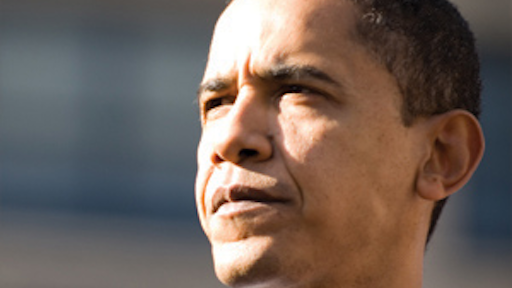 By the time this issue of Supply & Demand Chain Executive finds its way into your inbox, the U.S. presidential inauguration will be mere weeks away. The swearing in ceremony for Barack Obama will mark the finale of a lengthy — some might say interminable — election process. But it also will mark just the start of the new administration's efforts to deal with a host of pressing challenges. With a sputtering domestic economy, festering regional conflicts and ongoing global terrorist threats, perhaps the most important question that the Obama administration must ask itself on that first day in office is, where to begin?

Tom Brunell has a suggestion: Start with U.S. industry. Brunell has four decades of experience working in and around manufacturing in the United States, and today he runs the supply chain for Actronix, a Flippin, Ark.-based manufacturer specializing in custom cable assemblies and wire harnesses for high-mix, low volume products in a variety of industries. Brunell's message for Washington: Focus policies on helping U.S. manufacturers become more competitive.

"The leadership in the United States has failed to come to grips with what must be done to save our manufacturing industry," he says. Brunell believes that where the federal government has come up with good ideas — such as the Manufacturing Extension Partnership (MEP) program run by the National Institute of Standards and Technology (NIST) to provide business consulting services to U.S. manufacturers on a nonprofit basis — these programs have been poorly funded and executed.

"Our small and medium manufacturers can ill afford to pay for services no matter how reasonable the costs," Brunell says. "The United States must find a way to connect these struggling businesses — which are the lifeblood of our economy — with experts from both industry and academia in order to drive innovation. Without substantive innovation, our precious manufacturing jobs will continue to flow out of our country."

Innovation will be critical as globalization and the "flattening" world inevitably mean that U.S. manufacturing will not be able to compete in certain product categories. The good news is that U.S. manufacturers continue to lead in innovation as measured by patents, technical papers and similar metrics, according to a recent report from consulting firm Deloitte. However, the report, "Made in America," prepared in conjunction with the National Association of Manufacturers and the Canadian Manufacturers & Exporters (CME) association, points out that innovation may be at risk in the United States as production capacity shifts abroad.

"Traditionally, the ability to closely integrate product development and production has allowed companies to explore advances in product design and production efficiency, thus pushing the envelope in terms of innovation and productivity," the report notes. "If the production portion of the value chain loses its luster in North America, it remains to be seen whether manufacturers in the region can hold on to their lead in global innovation and continue to march up the value chain to higher value-added, and more profitable, products and services."

The role of free trade agreements like NAFTA, covering North America, in helping or hurting U.S. manufacturers has been controversial, to say the least. "NAFTA seems to be a political magnet, with the focus on the perception that it has created job loss," acknowledges Tim Hanley, vice chairman and U.S. Process & Industrial Products Sector leader with Deloitte & Touche, as well as a contributor to the "Made in America" report. But Hanley also points out that nearly half (49 percent) of the 321 manufacturing executives surveyed for the report said that NAFTA has overall had a positive impact on their business, and only 10 percent reported a negative impact. "Our survey would suggest that NAFTA has been very good for business," Hanley says.

Barack Obama had suggested during his primary run that, as president, he might threaten to opt out of NAFTA as a way of bringing Canadian and Mexican leaders to the table to discuss ways to ensure that labor and environmental standards are enforced as part of the agreement process. Political commentators at the time interpreted that to mean that Obama might be opposed in principle to free-trade agreements. However, Obama later clarified his stance, declaring himself a proponent of free trade and suggesting that he merely wanted to ensure that the United States drives the most favorable bargain possible when negotiating trade agreements. "We should make sure in our trade negotiations that our interests and our values are adequately reflected," Obama told Fortune Magazine in June.

Screening at the Border

Trade issues also touch upon national security concerns, especially at the U.S. ports that serve as the entry point for goods coming into the country. Proposals have surfaced periodically in Congress to institute 100 percent screening of all incoming cargo — meaning that every single container landing on America's shores or rolling across the border would have to be inspected to prevent any contraband, including weapons of mass destruction, from entering the country. "One hundred percent screening could be devastating for the supply chain," says Greg Humes, president of National Logistics Management, a Detroit-based logistics services provider.

Humes, who has nearly 30 years experience in the logistics sector, says that comprehensive screening could lead to increased costs of compliance and certification, greater congestion at ports of entry, and increased inventories as companies compensate for additional lead times. The resulting cost increases alone, he adds, could drive further consolidation in a third-party logistics (3PL) industry already hit hard by fuel price volatility and a weakened domestic economy. "There are over 28,000 small- and medium-sized 3PLs, and many of those companies are not going to have the deep pockets necessary to survive," he says.

Some level of increased cargo scrutiny may be inevitable nevertheless, as Humes says that political momentum appears to be driving the push for greater screening. However, he believes that the government should rely more heavily on screening, scanning and imaging technologies — and that the authorities ought to more heavily involve the logistics industry in developing security systems. "We need to bring in experts in supply chain and transportation so that we can do this the right way and use technology to our advantage," Humes says.

The incoming Obama administration appears to support this approach. The president-elect's policy agenda says that Obama "will redouble our efforts to develop technology that can detect radiation and determine the danger it poses, and he will work with the maritime transportation industry to integrate this technology into their operations so as to maximize security without causing economic disruption."

Obama also has called for increased investments in the nation's transportation infrastructure as part of his economic stimulus proposal. This could be good news for the nation's supply chains, which currently must contend with ports, roads, bridges, airports and rail lines all in need of investment. The U.S. Department of Transportation, for example, has estimated that the unfunded backlog for highway and bridge repairs alone stands at $495 billion. Against that backdrop, the $60 billion over 10 years that Obama has called for to fund a National Infrastructure Reinvestment Bank to direct investment into meeting transportation infrastructure needs seems like a drop in the bucket. But the new funds would at least provide a down payment on building up the nation's logistics infrastructure to meet the needs of the 21st century supply chain.

Where many supply chain executives may find themselves at odds with the incoming administration is on the issue of unionization. Obama was one of the original sponsors of the proposed Employee Free Choice Act, also known as the "Card Check Bill." The bill would require the National Labor Relations Board to certify a union if a majority of the employees signed cards, the card check process, rather than requiring an election with a secret ballot. "The concern," Deloitte's Hanley explains, "is that the public balloting process could put far more pressure on employees [to support formation of the union] and significantly increase unionization, driving costs even higher at a time when structural costs in the United States already put U.S. manufacturers at a disadvantage."

While the EFCA bill proposed in 2007 ultimately was not enacted, the unions that heavily favored in Obama in the general election are likely to push for the bill to be put back on the top of the administration's agenda in 2009. Without a filibuster-proof "super-majority" in the Senate, however, Democrats may be unable to overcome determined opposition to the bill's passage through the upper house. Perhaps the area where the new administration could have the greatest impact on the supply chain is in changing the psychology within U.S. manufacturing. "I don't think the idea that ‘change is possible' exists in the manufacturing sector or in business in general," says Actronix' Brunell. "There's a tendency to throw up one's hands and either conclude right away that you're not going to buy American because you can't find a cost-competitive solution in the United States, or that you're not going to attempt to compete in that environment because you've given up on the idea that you can be cost competitive yourself." Brunell would like to see the president use his position as "cheerleader in chief" to work more actively to change this mindset. "The bully pulpit can be used, first, to convince people that change is possible in manufacturing, and then to create the infrastructure necessary to drive that belief forward," Brunell says.

Note: Chris Moye, managing director with global professional services firm Alvarez & Marsal Business Consulting, was also interviewed for this article. The author is grateful for Mr. Moye's contribution to the development of the themes covered in the article.

Why Supply Chain Managers Are Psychopaths