Demand for FDA-Driven Storage, Logistics is Booming—But What Will 2017 Bring?

While there is uncertainty around the Drug Supply Chain Security Act, some portions of this act will require extensive and expensive changes for manufacturers, logistics providers and the like. 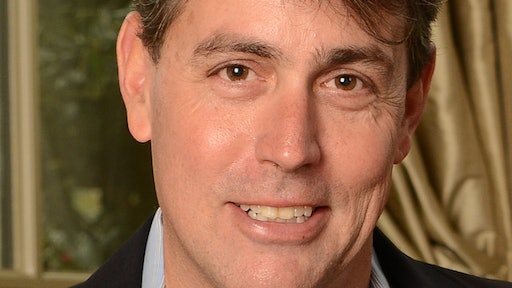 If I had to choose two words to describe 2016 for LifeScience Logistics, they are “Massive Demand.”

I think it’s a safe bet to assume our competitors in the pharmaceutical and medical device supply chain space are experiencing something similar. During the last several years, we’ve seen the industry put much more emphasis on the quality and security of the supply chain. We’ve seen the reclassification of certain controlled substances and the approval of biosimilars. In addition, increased scrutiny by the U.S. Food and Drug Administration (FDA), state boards of pharmacy and manufacturers themselves are driving the demand for outsourced solutions.

In fact, LifeScience Logistics began operations in December within a newly added 132,000 square-foot addition to its Indianapolis distribution warehouse—an expansion that tripled the size of their existing space that serves commercial manufacturers—and they anticipate adding a West Coast distribution operation in the next 18 months and or so. Massive demand.

As we all know, though, 2017 has the potential for being a very different year. A new administration brings unknowns that no one in the industry can fully prepare for. We can—and should—plan for what we think will likely transpire.

First, on a macro level, and regardless of the political climate, it is likely we’ll see continued outsourcing by manufacturers, as it offers them greater control at a lower cost. Given what we also believe will be continued downward pressure on drug and medical device pricing, this won’t change in the near future.

Cold-chain—the storage and distribution of refrigerated and frozen products—is where most in the industry believe the future lies. In early 2017, LSL also will be increasing its cold chain storage and distribution capacity by 30 percent, as they’ve seen increased demand from existing clients for current and pipeline projects as well as overall market demand. We’re trying to build out in front of that demand and believe the trend will continue for the foreseeable future.

On the political front, however, we can only make educated guesses as to the implications. Given that the President-elect Donald Trump is understood to be pro-business, I would anticipate continued support for anything that allows for the fast tracking of approval processes for new pharmaceuticals, medical devices and generics.

Where there is uncertainty is around the Drug Supply Chain Security Act. Some portions of this act, which aims to ensure the integrity of the pharmaceutical supply chain and will require extensive and expensive changes for manufacturers, logistics providers and the like, is slated to go into effect in November 2017. It is unclear what the new administration’s stance will be. For now, everyone that I talk to is still pushing forward.

Overall, I predict the next four years will be a positive one for those of us in supply chain logistics, but only time will tell.

Your focus is your business. What’s ours? Protecting your products in transit. Discover how Signode protects products, brands, and bottom lines.
July 1, 2021
Latest

COVID-19's impact on the supply chain will be something for the history books. Take a look at this interactive timeline, detailing important events throughout the past year.
Brielle Jaekel
June 30, 2021
Follow Us