How Important Is Net Neutrality to Supply Chain Innovation?

Should we prevent Internet access providers from giving preference to or discrimination against certain types of online traffic? 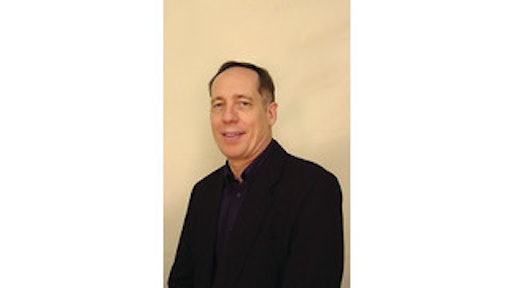 The supply chain industry is becoming increasingly proficient at facilitating the movement of commercial products and no one questions the role the Internet plays in this evolution. President Obama invigorated the debate on how the Internet should be regulated when he called for clear network neutrality protections. He specifically called for reclassifying Internet broadband as a telecommunications service under Title II of the Telecommunications Act.

The President said he wants to prevent Internet access providers from giving preference to or discrimination against certain types of online traffic. The best known examples of Internet access providers taking such action affects consumer products, such as Netflix. However, observers note that if net neutrality is not protected, companies in all industries that rely on the Internet will also be affected. Some warn that companies with deep pockets could ultimately access data at faster speeds than competitors with less capital. This could crimp development of innovative services.

According to reports, the Federal Communications Commission (FCC) received nearly 4 million comments on the neutrality proposal, mostly from consumers who don’t want to be relegated to Internet slow lanes.

Apek Mulay, an analyst and macroeconomist in the U.S. semiconductor industry, told Food Logistics that without government regulation of the Internet, small businesses are at a serious disadvantage. “Big money will win the game,” Mulay said. “The government has to intervene to achieve net neutrality.” Mulay recently authored a book titled, Mass Capitalism: A Blueprint for Economic Revival.

Mulay said last year, the big Internet service providers used their lobbying muscle to get the U.S. Court of Appeals for the District of Columbia to overturn the FCC’s proposed net neutrality rules.

Opponents of net neutrality such as the Telecommunications Industry Association argue that reclassifying broadband as a telecommunications service would harm future innovation and investment in broadband. Some also claim government oversight could undermine information privacy.

The supply chain relies on Internet communication for numerous tasks, including enterprise resource planning, warehouse management systems, transportation management systems and e-commerce. For tasks that are time-sensitive, such as vehicle activity tracking, access speed can impact the quality of the user’s experience.

Fleet management software companies contacted by Food Logistics offered varying views on how critical net neutrality is to their business.

“It’s too early for us to speculate on that,” said Greg Lund, director of corporate communications at Lytx Inc., a provider of video-based driver safety and compliance solutions for vehicle fleets, when asked about net neutrality. “Certainly we’re interested to see how it goes to see how we would be affected or not affected by this.” Lund said that the company’s Drivecam service does not send cellular data in real time, so data speed is not as critical to this service as it may be for other tasks. The data gets sent at the end of the day when cellular data traffic is less busy.

Greenmile, a cloud-based software-as-a-service (SaaS) dispatching application and execution management system that allows companies to view their delivery and service routes in real time with global positioning system (GPS) tracking, uses compressed algorithms for its data packages that don’t take up a significant amount of bandwidth, said Jeff Lear, vice president of sales. “We are pretty good at managing to get the technology into a format that is digestible,” he says. Data speed is not an issue.

“Net neutrality would protect the status quo in which small startup firms are able to compete on a level connection speed playing field with large established companies,” Craig said. “Connection speed is a fundamental aspect of the user experience for web-based businesses. I wouldn’t want to live in a world where Internet service providers (ISPs) are allowed to decide which services and companies can move at the speed limit and which ones have to go slower. Can you imagine if the Googles of tomorrow are not able to compete, establish brand recognition, grow and improve our lives because ISPs have control over their business growth?”

Craig uses a toll road metaphor to explain net neutrality. “Like toll road operators, the underlying infrastructure of the Internet is being built by private companies that charge users the same unilateral fee for access. By the same token, like drivers on the tool roads, all companies today are allowed to drive and navigate the Internet at the same speed. If you choose to drive a car made by a new, innovative car manufacturer, you are not prevented from driving just as fast as cars made by the major auto companies simply because the startup car manufacturer cannot also pay as large a fee to the toll road operator as the major auto companies for increased speed limits for its car owners.”

He said that ISPs that build Internet infrastructure need to be able to earn a healthy return on their investment, but it could harm innovation if ISPs are allowed to slow down the connection speeds of some companies/sellers in addition to charging individuals/buyers for access.

Craig noted that some of the leading transportation management systems (TMS) vendors of today began as very small companies who were then competing with much larger players; there are now some small companies with interesting functionality competing against the established players of today. “Net neutrality, to the extent I understand the proposals, ensures that we all pay for access to the Internet, but that once we are on it, the websites we go to and services we use all have the opportunity to move as fast as the underlying technology and innovative programming allows,” he said.

“It [net neutrality] is very relevant for the fleet management industry,” said Dominique Bonte, vice president and practice director at ABI Research. However, that does not mean that everyone with an Internet connection should have equal access to bandwidth. He said the automotive industry is developing a number of technologies that require a lot of bandwidth. Because of this, the automotive manufacturers requested and were granted a certain amount of bandwidth that will not be available to the general public.

The best example is the Dedicated Short Range Communication (DSRC), wireless communication channels specifically designed for automotive use. The FCC in 1999 allocated 75 MHz of spectrum in the 5.9-GHz band to be used for intelligent transportation systems. The DSRC will be a critical component of the autonomous vehicle, Bonte said. Autonomous vehicles are also known as connected cars since they have Internet access. The connected car is outfitted with special technologies that connect to the Internet or wireless LAN, and provide safety features such as automatic notification of crashes, notification of speeding and safety alerts. Car manufacturers claim connected cars will be the safest vehicles ever made.

Allocating bandwidth to a specific group of users may not sound fair, Bonte says, but intelligent car technology is being developed to make vehicles safer. Bonte also points out that emergency services have the use of bandwidth that is not available to the public. Yet this bandwidth is clearly used for the public good. Bonte believes allocating wireless and radio spectrum for certain users is necessary to optimize its use. “If you treat everyone the same, it’s hard to say if you’ll deliver bandwidth for certain industries,” he said.

“You want to use connectivity for critical applications,” Bonte said. “Connectivity will be a critical enabler for economic growth. It needs to be governed and managed in a way that optimizes the use of it. It’s a very difficult discussion. The Internet wasn’t developed with the Internet of Things in mind. Taking broadband for granted is a dangerous thing to assume.”

In addition to calling for broadband to be reclassified as a telecommunications service, President Obama also emphasized the importance of having net neutrality rules apply to mobile networks as well as fixed broadband.

The Open Technology Institute, an organization that supports safe and affordable access to connectivity, noted that if strong net neutrality rules applied only to fixed broadband providers, but not to mobile providers, it would mean that as users of smartphones and other mobile devices move back and forth between Wi-Fi and mobile carrier networks, they could be subject to a different Internet experience, one where blocking or paid prioritization was more common.

General Motors urged the FCC to retain an exemption for mobile carriers, claiming limitations for the mobile industry may constrain innovation in connected cars.