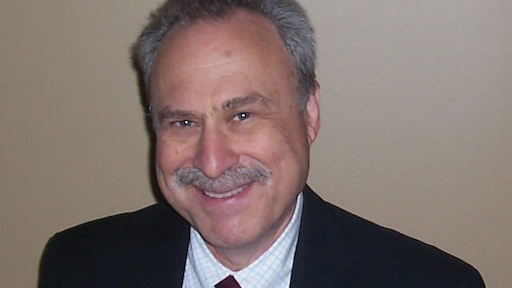 With their eyes on the bottom line, many executives turned to outsourcing to save money and reduce costs. It was seen as an advantageous strategy.

“One of the great initiatives of the ’90s and early 2000s was developing a core strategy of ‘How can I create supply chains that are competitive weapons?’” says Jim Lawton, president and general manager of D&B. “For most companies, it was ‘if it’s important to us, we’ll do it ourselves.’ That caused a very vertical supply chain.”

Companies realized that they couldn’t continue investing in everything to beat their competition, so they decided to ramp up investments on really critical items and ramp down on those not so critical. The only way to accomplish that, says Lawton, is via outsourcing, which became a core driver. “A lot came together and there was a dramatic reduction in cost,” he says.

As time passed, though, some problems arose with outsourcing. At first, Lawton says, all the knowledge and expertise were within the four walls of the company. “When they outsourced it, they knew what they were doing. [Later] they’re not only not making it, but they don’t know how to make it. The expertise is lost. When you outsource, you need to maintain knowledge of how to do it.”

That leads, he adds, to a heavy dependence on the companies making the product, adding another layer of risk to an already volatile supply chain.

Look at the recent disaster in Japan and its effect on business. “Having one source in a country is a risk, a dual source in the same country is less of a risk, but still a risk,” Lawton says. “We need to be in different countries.”

It comes down to better risk management, says Kathy Jin Kirk, senior manager, supply chain at Tata Consulting Services. “The key here is better risk management in the end-to-end supply chain,” she says. “You really have to have a much closer handle on supplier risk, whether for raw material procurement or strategy offshore or near-shore. You have to look at different models. Collaborative outsourcing is very important, and you need clear visibility.”

Another potential risk of global outsourcing is legalities. You may have a contract, but if the country doesn’t have an effective judicial system, the contract means little. “And what about an appropriate monetary supply?” Lawton asks. “What about infrastructure (power and electricity)? There’s a commercial risk with another country.”

Despite these risks, opportunities in global trade have expanded exponentially. In a recent White Paper, Going Global: Building a Sustainable Logistics Model in the Age of Globalization, C.H. Robinson Worldwide cited World Trade Organization statistics that prove the point. In 1955, international trade of manufactured goods totaled $95 billion. Fifty years later, it was more than 100 times greater at almost $12 trillion. “In effect, global trade was doubling every five or six years,” according to the report. “If the trend continues, global trade will total approximately $24 trillion in 2015.”

Tata’s Kirk  says that her company hasn’t seen a lot of companies looking to outsource. “They’ve slowed down and are reassessing,” she says. “Maybe it’s because of the economic situation.”  Some areas still are strong in outsourcing, she adds, including the government sector, insurance and mortgage banking.

“The financial industry is experiencing slow revenue growth, so they’re looking for cost containment. They’re looking at procurement-to-pay offshore to optimize the process without investing in IT equipment.”

In a report, C.H. Robinson Worldwide said some companies view collaborative outsourcing from a different perspective:  “Instead of viewing it as a subtractive exercise and a giving-away of strategic control, [many companies] look at outsourcing as a low- or no-cost strategy for adding talent, capacity, and technology. Instead of exporting control, they are importing expertise and technology that help them drive down costs, improve efficiency, and/or enhance customer satisfaction.”

According to Bureau of Transportation statistics, U.S. shippers spend more than $830 billion annually moving freight, which becomes an area where many top-tier business executives are looking to cut costs.

The impact of transportation on an organization, says C.H. Robinson, will determine how much control you maintain over an outsourced freight process or network. They offer three guidelines:

“High Strategic Control: If transportation is a fundamental part of your brand, you may want to develop an outsource relationship that keeps you in firm control of your transportation strategy. Use your outsource solutions provider to do the heavy lifting and introduce new ideas—but maintain strategic control.

“Moderate Strategic Control: If customer relationships depend heavily on the effectiveness of your freight network, but it’s not necessarily elemental to your brand, you may want to give your outsource provider more control over day-to-day decisions, while retaining full visibility over key metrics.

“Minimal Strategic Control: If you are simply looking to cut costs and offload the day-to-day management of a portion of your freight network, it is likely sufficient to monitor key metrics at regular intervals.”

So, as with every part of the supply chain, global outsourcing needs to be agile and flexible in volatile and rapidly changing times.

“In the early days of outsourcing, say you were buying this widget for $4.50 in Iowa. In China, it’s $2.30,” Lawton says. “Why not buy it there? Did you take into consideration shipping costs? Import duties? Tax implications? Inventory-driven costs? Consumers are fickle. If they ship by sea, rather than by air their tastes may change. Today they want a blue widget, tomorrow a cool red one. Today, they want one hanging on the left side, tomorrow on the right.”