USAT chose FourKites for its advanced technology, predictive insights and the superior real-time visibility data afforded by the world’s largest network of shippers and their broker and carrier partners. 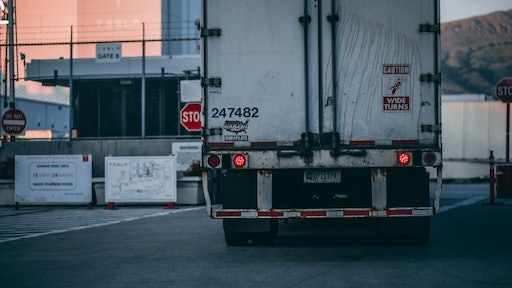 “Our goal as a company is to drive growth through excellent customer experiences. FourKites has helped in that effort by giving us access to the industry’s richest set of supply chain data across all of our service offerings,” said George Henry, SVP of Logistics, USAT Capacity Solutions. “Using the FourKites Visibility Cloud, FourKites’ Partner Hub and Lane Connect, we can now run a smarter and more efficient operation, while simultaneously improving service levels for our shipping customers. We’re already seeing marked improvements in onboarding, on-time delivery, dwell, utilization, and customer satisfaction – and we’re just getting started.”

USAT also selected FourKites for its ease of implementation. Deployment began in December of 2019, and USAT tracking was up and running within four weeks due to FourKites’ ability to integrate seamlessly within USAT’s existing technology environment and to rapidly provide the organization with visibility into both its asset and asset-light services. USAT is deploying the technology in all of its business units, whether powered by company-owned assets, or partner carrier assets.

“We are thrilled to be chosen by USAT Capacity Solutions, a company that has distinguished itself for its ability to offer a comprehensive portfolio of dedicated assets, flexible capacity solutions, and specialty services,” said Jason Eversole, head of carrier product strategy at FourKites. “USAT selected FourKites for our superior technology and data set, as well as our commitment to serving shippers, carriers and brokers, alike. We look forward to an ongoing collaboration that will uncover new ways of leveraging real-time freight data to benefit USAT and everyone else in the FourKites network.”

Since launching six years ago, FourKites has pioneered the industry shift to real-time visibility, enabling shippers to improve on-time delivery and orchestrate their supply chains based on actionable data and predictive intelligence. With a network that now includes more than 380 of the world’s top shippers, including 18 of the top-20 food and beverage companies and nine of the top-10 CPG companies, FourKites tracks more than 600,000 shipments every day.

All emissions produced by FlockDirect truck shipments will be accounted for in full and eliminated through the purchase of carbon offsets with the goal of offsetting 20,000 metric tons in carbon emissions in 2021.
Flock Freight
February 23, 2021

These new electric autonomous box trucks boast a range of 120 miles and can reach full charge in less than 1.5 hours, providing an energy-efficient autonomous solution to optimize freight movement on the middle mile.
Gatik
February 17, 2021

According to a newly released survey by SOTI, a quarter of North American consumers believe the pandemic will actually harm those retailers that don’t master the delivery experience.
SOTI Inc.
February 16, 2021

How Much Does a Truck Driver Make?

A career in truck driving is becoming a more viable option as unemployment rates reach an all time high, but how much should you be paid? The answer varies.
Mackenna Moralez
February 16, 2021