The ports of Long Beach and Los Angeles now charge a fee for carriers that stay too long within terminals. The news exhibits the immense pressure the ports are under due to extreme congestion. 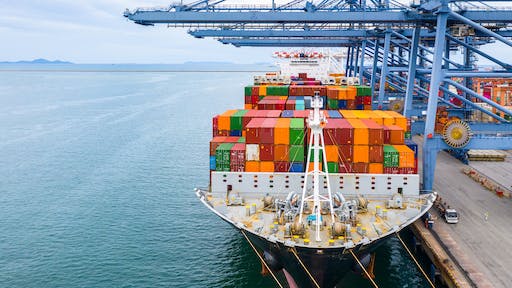 The ports of Long Beach and Los Angeles begin a new program in which ocean carriers are charged per container for taking up space in terminals after a certain number of days; nine days for containers transported by truck and three days for rail. The fee starts at $100 per container but for each day it sits will grow in increments of $100 per container. This goes into effect Nov. 1. San Pedro Bay's decision to implement the surcharge shows just how stressed these ports are, as demand increases and congestion grows.

Per Port of Long Beach:

“With the escalating backlog of ships off the coast, we must take immediate action to prompt the rapid removal of containers from our marine terminals,” said Port of Long Beach executive director Mario Cordero. “The terminals are running out of space, and this will make room for the containers sitting on those ships at anchor.”

Congestion at the Ports of Long Beach and Los Angeles are seeing 97% and 56% increases, respectively, in outbound loads compared to 2018.
Truckstop.com
October 28, 2021

The capacity/volume mismatch between maritime ports and overland transport could get worse in the weeks and months ahead, setting the stage for another breaking point in supply chains.
project44
August 27, 2021

A crewless cargo ship with zero-emissions is set to hit the seas in Norway.
Brielle Jaekel
August 26, 2021

A transparent trade system is safer, more efficient and will enable the entire maritime supply chain to function properly. Its high time to let AI make a splash on the high seas.
Windward
August 13, 2021

Turkey breaks ground on the first bridge of its new Canal Istanbul, which the country believes will propel it to become an important part of global trade.
Canal Istanbul
July 2, 2021

The shortages throughout the world that arose after the start of the COVID-19 pandemic are likely to cause problems for Amazon Prime Day this year.
Brielle Jaekel
June 21, 2021

A crane collapse in Taiwan sees one injured and two more trapped. Will this add to the supply chain disruptions?
Brielle Jaekel
June 4, 2021
Follow Us