Shipping and transportation companies are expanding their footprints throughout North America as well as on an International level, and are bringing in new talent to do so. 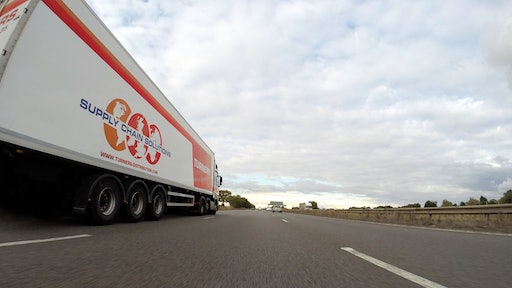 3Gtms expands innovative board of directors

Tapping a wide range of established talent in the supply chain industry, 3Gtms has bolstered its board of directors, bringing on six new executives.

The software developer believes it will grow with this new talent, which it claims will think inventively and creatively.

All six new members are powerful executives and CEOs in supply chain management.

Harper has three decades of experience, and this will not be her first attempt at taking the CFO role. She moves from AgroFresh where she was also the CFO and Tronox before that.

At BDP, the executive will be responsible for the financial operations of its 143 offices in 36 different countries.

The logistics service is looking to increase productivity regarding local sales with the new role in which Wilson will target relationships with customers, building new ones and strengthening existing.

Pilot president John Hill referenced Wilson's deep understanding of the company's services to create new solutions in helping clients as a factor in the decision to promote her.

Transportation operations at Kool Logistics has a new supervisor as John Druckenmiller takes over as general manager. He will be based out of Kool’s Nashville location.

Druckenmiller’s role will assist in the growth of market-strategic placement of nationwide carrier partners and its overall services.

MARS Starts 2020 Off with New Officers

A new group of officers has been selected to lead the Midwest Association of Rail Shippers (MARS) for 2020, who were selected early in the New Year at the association’s annual winter meeting.

Chris Heine, director of transportation at Amazon, is focusing on equality in tandem with the Women in Trucking Association as he joins the Board of Directors.

In an effort to combat gender inequality in transportation and logistics, Amazon joined WIT as a Gold Level Partner and is now appointing Mr. Heine on the board following the two’s partnership.

Critical infrastructure across the United States is getting much needed maintenance surveillance through startup Dynamic Infrastructure and its new board of directors’ appointment.

Kevin Reigrut, leaning on his experience as former transportation authority director of Maryland, joins the board of directors at Dynamic Infrastructure, as the startup works to implement an artificial intelligence system that will keep infrastructure records.

Dynamic Infrastructure co-founder and CEO Saar Dickman expressed that the appointment shows the confidence of the company and product.

Reigrut believes that the deep-learning solution will save departments of transportation costs and resources, as well as private infrastructure companies.

Originally beginning his career with Crowley, Ray Fitzgerald will rejoin the company next month at its headquarters in Jacksonville, Florida. He worked 13 years for Crowley before moving on to Wallenius Wilhelmsen, where he served another 20 years in various senior leadership roles.

Managers Rocky Smith of Crowley Fuels, Rob Grune of shipping, Steve Collar of logistics and Shiju Zacharia of Crowley Solutions will all report to Fitzgerald.

Crowley says that while management is restructuring, responsibilities will not change but instead will be augmented.

Johnson Controls is tapping a new chief marketing officer on a global level to focus on advanced market strategies with new targets.

The CMO is now in control of global responsibilities such as conceptualization, market development, research and planning. He comes from Aon, where he was the company’s first ever global chief marketing officer and had to develop its global CRM systems, common sales process and a single global brand.