Want to Keep Drivers Connected? Be Welcoming at Your Office and Terminals

Are driver windows necessary for businesses or is it only putting a strain on trucker relationships? 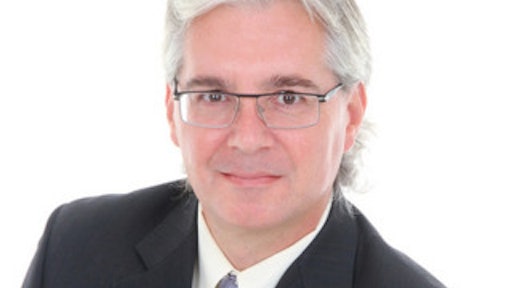 Think of all the ways companies send messages to their employees letting them know that they are respected and valued: having an open door policy to signal that employees are always listened to, repeating the mantra that employees are the companies’ greatest assets, referring to them as associates and more.

Now, think of the ways companies undercut their own message — it’s more than you’d think.

In for-hire trucking, one of the more common methods, however unintentional, is the driver window or counter, a designated place for drivers to get their paperwork and assignments without actually going into the office. It’s the gatekeeper to the company. The “window” is also in play with many private fleets — especially those using driver services. Those “contract drivers” – wearing the uniforms they’re contracted to, are in essence, treated as an outsider.

Separating drivers from the rest of the company is counterproductive. Drivers are the revenue engine of the business, and sometimes the face and are the people that represent your company when a delivery is made. So, why would you wall them off from your business?

There are still some fleets that employ some variation of the driver window/counter, with some of Best Fleets to Drive For finalists making passing comments about it, This begs the question: is there a legitimate business reason to have them?

Most argue that if too many drivers come into the office at the same time that they’ll disrupt other’s work, or that drivers can get “belligerent” and need to be separated from office staff to minimize risk. While those situations may have occurred, there are better solutions than barring them from entering the facility.

If drivers are bitter and raising their voices at dispatch, that problem needs to be solved long before locking them out of the building. If there is continual disagreement between drivers and dispatch, then that’s a huge problem for the company. Locking them out of the building because of potential conflict ensures their behavior is never going to improve. Drivers are certainly not going to feel like they are listened to. If anything, they may feel more isolated, less valued and more disposable.

Similarly, if drivers disrupt office staff because they’re chatty when they first arrive it may be because they’ve been out on the road, alone, for the past several days and need someone to talk to. Instead of locking them out, designate a driver services rep, driver manager, or a concierge and have that person be available to chat with the drivers when they return.

Drivers shouldn’t necessarily have wide open access to company buildings, but if a fleet has a division handling highly sensitive or valuable freight, it makes sense to have those areas secure and require special clearance to get in. However, those rules must apply to everyone in the company — not just those behind the wheel.

The reason, in many cases, is that these are separate places for drivers that the office people don’t use. It is counterproductive to not have drivers and office staff together, especially since everyone needs to work together as a single unit in service to make the company succeed.

I understand the broader objective of these spaces – having a place for drivers to relax and do their work while at the terminal – but that could be served equally well with shared-use facilities, allowing office staffers and drivers to get together in groups to collaborate. No need to keep people separated.

We talk to a lot of fleets that have a lot of great things happening, and it seems like sometimes the whole issue of the driver window is something that hasn’t occurred to them that they should change. Many people who have been in the industry for a long time just accept things as standard operating procedure. They develop a blind spot and don’t even consider the notion, “maybe it’s time for a change.”

With the driver shortage being what it is, and expected to get worse before it gets better, fleets need to do everything they can to make drivers feel like the star performers and revenue machines that they are. Otherwise, it’s going to be very difficult to attract good talent.

With FleetLocate by Spireon, Paper Transport relies on trailer telematics data to understand the status of all its trailers.
Paper Transport Inc.
July 26, 2021

Not paying attention to freight payment chips away at a shipper’s bottom line and creates friction with carriers that are desperately needed these days more than ever.
AFS Logistics
July 25, 2021

Uber Freight to Acquire Transplace for $2.25B

The acquisition will create one of the leading technology logistics technology platforms, having one of the largest and most comprehensive managed transportation and logistics networks globally.
Uber Freight
July 22, 2021

A new TruckLabs software aims to increase driver retention and efficiency on the job by introducing gamification into driver engagement.
Truck Labs
July 21, 2021

MILE is a cloud-based SaaS software that brings together various elements in the shipper, carrier and dispatcher ecosystem to deliver a Transportation Management System 2.0.
LogiNext
July 20, 2021

Refrigerated Goods Trucking Global Market to Reach $50.02B in 2021

The growth is largely attributed to companies having to rearrange operations due to the Coronavirus disease (COVID-19) pandemic by social distancing, remote working and certain closures of commercial activities
ResearchAndMarkets
July 6, 2021
Follow Us