Daimler Trucks invests $20 million in a new ePowertrain manufacturing facility, in an example of the significant growth of battery-powered technology in the logistics industry. 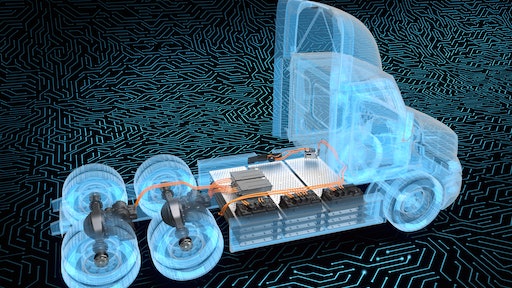 Daimler Trucks North America demonstrates the growth of battery-powered technology in the logistics industry, with a new propriety named Detroit ePowertrain, which will power the Freightliner eCascadia and Freightlinger eM2. A new facility for the manufacturer is set to open in Detroit, Mich., in which Daimler invests $20 million.

Register today for SCN Summit: Sustainability, where industry experts detail why sustainability matters amid a pandemic, how companies can achieve a sustainable supply chain and what NOT going sustainable means for the future.
Marina Mayer
January 22, 2021

View
Discover why sustainability matters amid a pandemic, how companies can achieve a sustainable supply chain and what NOT going sustainable means for the future.

View
Discover why sustainability matters amid a pandemic, how companies can achieve a sustainable supply chain and what NOT going sustainable means for the future.
Association for Supply Chain Management (ASCM)Blue Yonder

As the supply chain is an important part of climate change, many organizations are implementing sustainability into core strategies.
Brielle Jaekel
December 11, 2020
Follow Us