Weakness in 2009 to be followed by modest growth in 2010 and 2011, according to Manufacturers Alliance quarterly industrial outlook 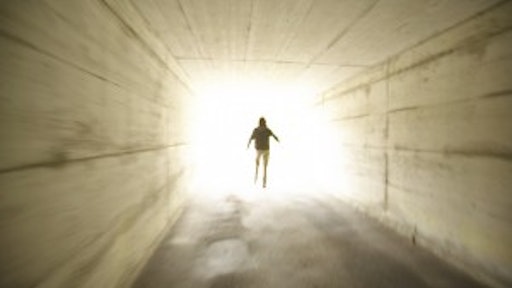 Arlington, VA — September 10, 2009 — The U.S. manufacturing sector may finally be poised to shake off the worst period of industrial performance since the 1930s, but economic growth is likely to be relatively sluggish, according to the latest report out of the industry association Manufacturers Alliance/MAPI.

"Unfortunately there are no quick fixes, but time, the normal inventory cycle and the repair of financial institutions have lessened the economic slide to a point where signs of stabilization have appeared," said Daniel J. Meckstroth, chief economist for the Manufacturers Alliance/MAPI and author of the analysis. "Recently housing starts have been increasing on a month-to-month basis, auto sales have picked up a bit, and the worst of inventory destocking is over. These and several other indicators point to a bottoming out in the recession."

MAPI's analysis came out on the same day that the Associated Press reported the U.S. Federal Reserve's regular snapshot of economic conditions showed signs of stabilization or improvement in most areas of the country. The survey of businesses added more evidence that the country's worst recession in more than 60 years had at last eased.

There was a slight downturn in the 2009 second quarter figures for the various components of the manufacturing economy. Only one of the 27 industries tracked in the report had inflation-adjusted new orders or production above the level of one year ago, one less than reported in the first quarter of 2009. Medical equipment and supplies grew by 4 percent, but the remaining 26 industries had production below the level of one year ago.

The report also offers economic forecasts for 24 of the 27 industries for 2009, 2010 and 2011. Only the medical equipment and supplies industry is expected to grow this year, but two industries, aerospace products and parts, and public construction, are likely to remain flat.

The manufacturing sector should begin to rebound in 2010, with MAPI forecasting 14 of 24 industries to show gains, led by housing starts with a 59 percent rebound from historically low levels. The turnaround should continue in 2011 with growth likely in all 24 industries, including seven by double digits, led by housing starts at 40 percent and industrial machinery at 25 percent.

Managing supply and demand will be an ongoing challenge for businesses, particularly for many of last year’s most sought-after items, the pendulum has swung the other way.
Liquidity Services, Inc.
July 4, 2021

Any business with a cross-border supply chain needs to recognize that sanctions risk can be found through the various stages of a trade transaction.
Dow Jones Risk & Compliance
July 4, 2021

As manufacturers build back, effectively managing third-party relationships and risks across the extended enterprise is critical for operational continuity and ongoing recovery.
Riskonnect
July 3, 2021