While the risk of getting hijacked by pirates is low, it remains a real threat to the supply chain. Here’s why preparing for a piracy-related attack should be on your radar … 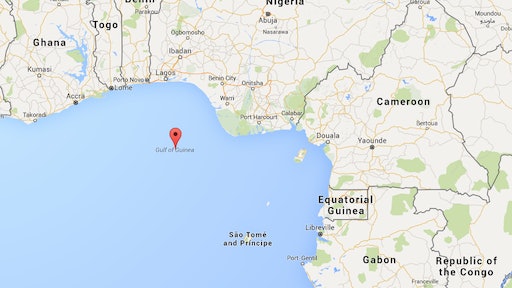 Have you seen the movie Captain Phillips yet? While we aren’t here to spoil the film for you, it narrates the 2009 hijacking of the U.S. Maersk Alabama container ship by Somali pirates. The true story focuses on Captain Richard Phillips and the pirates who take him hostage after targeting his unarmed ship. Dana Magliola, a North Carolina State University Supply Chain Resource Cooperative Supply Chain Scholar, was the manager of corporate communications at A.P. Moller-Maersk Group/Maersk Line at the time and was able to witness some of the behind-the-scenes turmoil. He can tell you that piracy is real. In fact, most attacks are becoming more advanced. What can you do to protect your cargo, crew and other assets to avoid being the next victim—or worse yet—a hostage?

Welcome to the Danger Zone

One way to prevent piracy risk is to know where it most frequently occurs. Magliola says that the shipping routes most prone to global piracy and related cargo loss are the Gulf of Aden leading into the Suez Canal, which is between Somalia and Yemen; the Gulf of Guinea near western Africa; and the Strait of Malacca near Indonesia and Malaysia. He attributes the recent spate of piracy attacks to pirates being able to take advantage of geographies where there is a lack of regional governmental control. “In Somalia, for example, you have an internationally recognized failed state. In West Africa, you have a very poorly governed or corrupt government for several nations in that area. Without regional governmental stability, you see a rise in piracy.”

Geographical piracy risks, including cargo loss, are starkly different. A Somali pirate does not necessarily use the same techniques or have the same goals as a West African pirate. In the Somali business model, pirates typically capture the vessel, cargo and crew for ransom, but once the ransom is paid, the cargo is released and cargo losses are mitigated. Pirates in western Africa, however, prefer robbery and siphoning oil from oil tankers, essentially stealing fuel, which is contributing to a rise in cargo losses.

The world’s busiest shipping lane, the 500-mile Strait of Malacca, is prone to piracy attacks and cargo loss due to the sheer concentration of ships in the small proximity in which they reside. Magliola says this presents more of an opportunity than unstable or corrupt governments. He elaborates that the piracy model in Asia is not like that in West Africa with cargo loss; it's more about kidnapping for ransom.

How Can Organizations Avoid Walking the Piracy Plank?

One effective way to prevent or avoid piracy-related cargo loss is to travel shipping routes with armed guards, or international and/or military patrols. When it comes to relying on international and/or military patrols, however, Magliola warns, “Both the Strait of Malacca and the Gulf of Aden are strategic routes that are relevant to global trade. Unfortunately, for the shipper and commerce in the Gulf of Guinea, it's not necessarily a strategically important area so you don't see as many international patrols. You don't see the kind of coherent cooperation of different nations to protect that area.”

Another difference between pirate hotspots is, when a geographic location is of utmost strategic importance for global trade, the United Nations (U.N.) can be bolder about getting involved. For example, Somalia is a strategic location because it contains the Suez Canal, but the fact that it's a failed state still makes it vulnerable to piracy, whereas western Africa is a “perfect storm,” meaning it's not particularly strategically important, so there’s less likelihood of U.N. involvement.

In addition, some governments have no control over piracy-prone areas, even if they have jurisdiction. If the U.N. did consider taking unilateral action, “it would, on some level, be stepping on the toes of local government, which is why the international community is reluctant to get involved,” Magliola suggests. “I think the maritime industry has to consider being a part of the business landscape, but make smart decisions about vessel and route planning, and be aware of the risks,” which are important ways to be prepared in the event of a piracy risk.

If an organization is willing to pay for peace of mind for its high value cargo, “Armed guards are going to be, right now, the first line of defense against piracy,” says Magliola. “These private companies can [help control?] maneuvers for the vessels, whether it's speed or changing direction. They can even deploy water cannons to deter pirate attacks.”

One caveat of using armed guards, though, is legality. “Armed guards were very successful in Somalia where most attacks are in international waters. However, armed guards are illegal in the domestic waters of many nations, which is where a large number of Nigerian and Malacca attacks occur. Ships carrying armed guards have been arrested and detained in Nigeria and India,” forewarns Donna Nincic, a professor at the California Maritime Academy.

In some cases, shippers avoid the piracy danger zone altogether by circumnavigating risky routes, but even this strategy has its drawbacks, such as fuel and labor costs, not to mention on-time delivery, which comes with its own set of problems, such as brand reputation and customer loyalty. While this technique does work depending on the import geography, Magliola says, “There's no way to avoid the Strait of Malacca because, if you're going to do trade from the Middle East to Asia (the main trade route for oil coming out of the Middle East to markets like China), there's no way around the strait.”

He offers another example: “In 2009 and 2010, following the Maersk Alabama [hijacking], shippers were actually going around the Cape of Good Hope to avoid going through the Suez Canal and, of course, that created extensive costs and delays in cargo delivery. It was a short-term solution until a more viable alternative could be agreed upon, which made the Suez passage possible again.”

So You’re About to Be Attacked by Pirates …

Best management practices (BMP4) were developed for Somali piracy, and is the gold standard of what to do before, during and after a pirate attack. The goal is threefold:

1.         Set up your vessel so that it is less likely to be attacked successfully. A lot of this comes down to standing a good watch when you are in known pirate waters and transiting during daylight. Ideally, you can see the pirates far enough in the distance that you can outrun them.

2.         If you are under attack, the goal is to prevent the pirates from boarding if it can be done without danger to the crew, such as implementing razor wire on deck to prevent boarding or sailing a zigzag course to create a wake that makes it difficult for small boats to approach.

3.         If pirates board your vessel, the first imperative is the safety of the crew. The crew should head to the safe room on the ship and lock themselves in. If there is no safe room, do not attempt to fight back—do as the pirates direct. Most safe rooms are equipped so that the crew can communicate with the ship owners, which can help ensure a rescue or at least spur negotiations.

Some of the BMP4 do not work for narrow channels. For instance, in Malacca, you can’t steer zigzag courses or outrun pirates; similarly, a number of attacks in Nigeria happen when ships are at anchor. But the imperative is the same—non-lethal anti-piracy measures (including training and good watch-keeping to avoid the attacks in the first place, as well as keen attention to the International Maritime Bureau and International Maritime Organization piracy warnings for the area, as well as warnings from local authorities) to make it difficult for pirates to take over the ship and protection of the crew in the event of a successful boarding.

This year’s rankings point to continued apprehension and uncertainty about how quickly the global economy will recover post-COVID-19.
Kearney
March 25, 2021

The risk for disruption is always at play, but having strategic best practices in place helps a company respond quickly to minimize the impact when it happens.
Columbus Consulting
March 22, 2021

Buyers prefer to source, vet and purchase from suppliers they find online, yet manufacturers continually fail to meet them there.
BITCADET
March 21, 2021
Follow Us