Three new and momentous trends are bringing changes to the way companies should view and integrate real estate strategies throughout their supply chains. 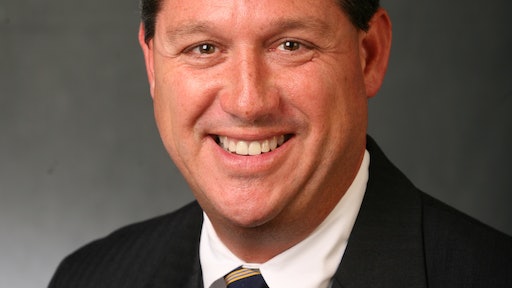 For the lion’s share of recorded history, societies have lived in a regional world. Goods produced in a region were consumed in that region. Sure, many explorers sailed the world and traded commodities during the Age of Discovery, but it was not until the 1970s that the global economy started to evolve, thanks to the advent of containerization and international shipping. The creation of the World Wide Web, as well as the new technologies that it sparked, were the major catalysts of global supply chain management as we know it today.

Now, it’s impossible to deny our global economy. Companies make and ship products all over the world and must manage complex supply chain networks of manufacturing plants and distribution centers to serve customers as efficiently as possible. And the advent of this global economy has escalated the role of smart real estate decisions in successful supply chain management.

Globalization has presented its fair share of pros and cons for manufacturers. For instance, to compete with lower-cost countries, U.S. manufacturing companies have faced pressure to get lean and become smarter and faster at what they do. Since U.S. manufacturers cannot always compete from a labor cost standpoint, their only option is to be more innovative. New product development, lean practices, productivity improvements and new technologies have all come into play.

The rapid evolution of the web and supply chain technologies have enabled global supply chain strategies (“make it anywhere and ship it anywhere”) as long as they are the most efficient and effective solution. As a result, real estate forecasting and incorporating a strategy-driven approach to transactions are now necessities.

But while intensified globalization gave rise to the manufacturing sector in developing countries like China, India, Mexico, Brazil and Vietnam, that approach is now being re-examined. Manufacturers that were caught up in the outsourcing/offshoring craze are reconsidering for a variety of reasons.

1) Cultural and Political Winds Are Shifting

There is a trend toward protectionism, as evidenced by Brexit and the election of President Trump. Voters have shown that they want their government to look after its own welfare and interests first. This sentiment extends to tighter border protections, global trade agreements and immigration policies.

Other consumer trends enable the move toward a more regionalized economy, such as the renewed focus on fresh foods and locally produced goods to support local economies. Meanwhile, calls to implement more sustainable and environmentally-friendly initiatives support a more regionalized supply chain, which results in less carbon emissions.

As a result, there are clearly defined winners and losers. Companies that have historically focused on importing and sourcing from thousands of miles away will have to develop a highly efficient supply chain real estate strategy. Overall, there’s more incentive for companies to establish a manufacturing presence in countries where demand is the greatest to get closer to their customers.

Companies are in business to make money. Therefore, they will always pay close attention to “total delivered cost,” which includes the cost to source, make and ship materials and components.

Typically, the largest cost drivers influencing manufacturing or distribution decisions are freight costs and labor rates. For example, it was the difference in labor costs between the United States and China—and Asia as a whole—that started the wave of outsourced manufacturing.

In 2005, Chinese-produced parts that arrived at U.S. ports were 22 percent cheaper than comparable domestic products, according to the consulting firm Alix Partners. By the end of 2008, the average price gap dropped to 5.5 percent. Today, according to Boston Consulting Group, the gap has shrunk to approximately 1 percent.

The increasing cost of Chinese labor is a big reason for the gap closing, with the country’s average manufacturing wages rising up to 20 percent annually for the past 15 years. However, transportation has also played a major role. The higher the cost of transportation, the more significant the freight “penalty” to ship over greater distances. Now, freight costs are offsetting and eclipsing the savings from cheaper labor.

Today, with unemployment at record lows in many parts of the world and with the growing needs of e-commerce related service companies, labor has become a critical influencer in site selection decisions.

Make no mistake: we’re in the midst of the Fourth Industrial Revolution. Advances in technology are completely changing the world and disrupting the way supply chains are managed, and we’re still in the early stages. From driverless cars to 3D printing and robots, what was once just the cartoon vision of the future—Baby Boomers will recall The Jetsons—is now the real thing.

According to a 2017 report conducted by MHI and Deloitte Consulting, robotics and automation were ranked as the most likely technologies to disrupt the supply chain world. Rounding out the top five were predictive analytics, the Internet of Things (IOT), driverless vehicles and drones, and sensors and automatic identification.

Technological advances will continue to innovate supply chains and distribution, with a direct focus on improving labor productivity, so companies can do more with less. Only then will tight labor markets be less of a constraint to automated companies. Robotics and other new technologies will disrupt current operating practices and create new competitive advantages.

As we noticed 20 years ago, when you look at the big picture, the benefits of integrating supply chain and real estate strategies are evident. And based on the current trends impacting the sector, the time to take action will never be better than it is now.