Big Data from IoT sensors remains untamed, but companies like UPS are finding ways to harness the power of this data. 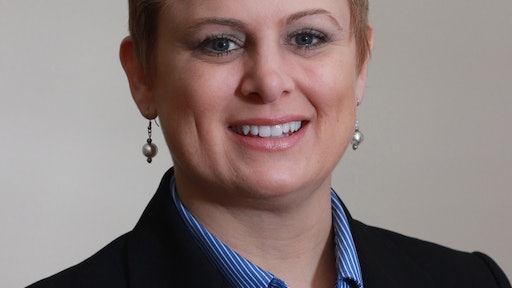 In the popular children’s book, “Where the Wild Things Are,” the young man in the story sails on a boat to a faraway land where he tames the wild things and leads them in a wild rumpus. Though the story of the Internet of Things (IoT) and Big Data involves sensors and terabytes instead of wild animals, the overall theme is largely the same.

Currently, the IoT is running wild, collecting piles of data that often sits gathering virtual dust in cloud-based homes. And, in many businesses, that’s where the tale ends. These businesses lack a data-tamer able to analyze the information and glean actionable intelligence. However, companies, such as United Parcel Service (UPS), are now taming the Big Data beast and using it to their advantage.

As one of the world’s largest shipping companies, UPS delivers more than 16 million packages per day to an estimated 7.9 million customers. This company is using IoT sensors and Big Data analytics to save money, improve efficiency and lessen its environmental impact, says Jack Levis, senior director of process management.

“We put a telematics device on our vehicles to gather data from more than 200 sensors in the engine. We added additional [IoT] sensors to gather information about things like seat belt status, bulkhead door operation, engine on/off, etc.,” he says. “UPS analyzes this data after the workday ends to produce an array of information regarding the day’s deliveries.”

This data is helping the global shipping giant reduce idling time, fuel consumption and harmful emissions, while improving driver safety. Levis explains that supervisors can analyze what happened the day before in a fraction of the time it used to take, and “the system highlights anomalies for the supervisors’ review and follow-up.”

UPS is also using Big Data in its project ORION, which stands for On-Road Integrated Optimization and Navigation. ORION collects information from package flow technologies regarding the packages the company delivers, then evaluates customer needs, and business and labor rules to determine the most efficient ways to serve customers.

According to Levis, the first step in implementing the ORION system was determining the best ways to serve all customers while meeting business rules. “This portion completed deployment and is saving 100 million miles per year,” he says. Later versions of the system will handle changes on the fly, such as when a customer has an unplanned need, and ORION will help determine the best way to adjust to these changing conditions. Eventually, ORION will aid in deciding which packages should go on each route.

As UPS found, “The winners [in the IoT] will be those that derive the most value from their connections—not those that simply connect the most devices to their networks,” reads “Attaining IoT Value: How to Move from Connecting Things to Capturing Insights.”

Focus On The Data

Unfortunately, “IoT discussions still focus too much on the things,” writes Paul Miller in “Streaming Data from the Internet of Things Will Be the Big Data World’s Bigger Second Act.”

“[But] the data is far more useful and interesting …” he adds. “IoT projects succeed when the business has a good idea of what it wants to achieve with the data.”

Sean Riley, director of strategic business solutions at Software AG, agrees, stating, all too often, companies put IoT sensors in place with little insight into how they may use the data; and therein lies the greatest issue.

Ingesting and analyzing IoT data must be a consideration from the get-go, stresses Riley. Companies must decide how to leverage IoT data to understand what’s happening in the supply chain in real time, then use the data to run short-term predictions to make the supply chain more precise.

These things cannot—and should not—be seen as separate. “You really can’t have one without the other,” Riley emphasizes.

Marcia Walker, a principal consultant at SAS Institute, stresses not all data coming from IoT sensors should be saved for analysis. “A lot of people assume that all data is good data and all data is valuable data, and that isn’t necessarily so,” she says.

Both Riley and Walker maintain it is essential for companies to collect and save the data needed to answer specific questions. For example, let’s say a company is having issues with its products arriving on time. The questions this company wants the data to answer include: Is my product leaving the warehouse on time? When are products getting to customers? Many times, a company is using a third-party logistics provider to manage the shipment and it doesn’t know there is an issue until customers start asking why their shipments did not arrive on time.

“I want to understand where my product is, when it’s going to arrive, and that’s where streaming data from my partners and the shipment itself may be used to continuously calculate the estimated time of arrival, which can then be run against the customer’s required delivery date,” he says. “If there is a deviation, I can take action.”
With data in hand, a company may be able to contact its customer and reschedule the delivery. If the product is delayed in an overseas shipment, it may schedule a second shipment via air freight if on-time performance is critical. But, he says, “Your options are somewhat limited if you’re just looking at what’s happening right now.”

The areas the IoT really makes sense is with inbound commodities sensitive to temperature, vibration, and/or those required to meet specific regulatory and company testing requirements, notes Riley. “Here, the IoT allows enterprises to understand what’s happening in their supply chain, and regain control quickly and easily.”

He provides a basic example in which a retailer is buying lettuce from a particular company. That retailer wants a guarantee that it will have a set shelf life for the shipment. But shelf life is shortened if the lettuce isn’t kept cold enough. “If I’m tracking the IoT coming from the telematics sensors on the truck, and I have a service-level agreement (SLA) that says the lettuce cannot be above 44 degrees Fahrenheit (F), and I see from the data that the ambient temperature inside the reefer unit was 46 degrees F for three hours, I now have options,” he says. “I can determine how much inventory of lettuce I currently have, then I can either reject that trailer completely or negotiate a revised agreement to sell the lettuce at a discount.”

To progress along the IoT data highway, companies should follow three main steps in their journey—integration, automation and analytics:

Accomplishing these steps requires data visualization. “Often, people get all excited about the predictive and prescriptive part, without having done the groundwork of basic visualization, that is, being able to see what their data looks like and what kinds of patterns there are,” Walker says.

This is where technology comes in.

Deriving intelligence from IoT data requires companies to invest in technology that enables them to ingest the data quickly and easily. “This technology needs to give them fairly robust connectivity to their partners,” Riley adds. He explains that, in some instances, manufacturers need to rely on their logistics partners to collect streaming IoT or telematics data. Manufacturers then require a robust application program interface (API) to gather the data in one place.

The second tool, he believes, is critical for manufacturers is one that allows continuous streaming analytics. This tool takes the data they are ingesting and analyzes it in real time to understand what it means. A continuous streaming analytics tool also must be able to aggregate data in real time and push it to a predictive modeling capability inside the tool in order for analysts to run short-term predictions with ease.

“They can bring in data and look for patterns, and once they find a pattern, they can keep narrowing it down until they can very quickly see the problem,” Walker says. “In the past, this would have taken months; now, it’s done in minutes.”

The Marriage of IoT and the Supply Chain

Consistent Data in the Whole Supply Chain: Still a Challenge or the New Standard?

Without the proper tools or guiding strategies, the cost of meeting consumer expectations can easily chip away at retailers' margins.
Bringg
November 13, 2022
Follow Us