Easy Does It: Why Is Some Enterprise Software so Complex?

User adoption is the main obstacle to realizing the value of software, according to 70 percent of survey respondents 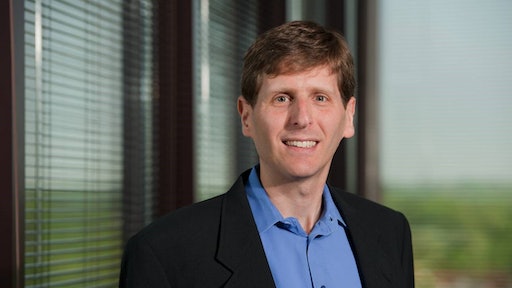 For decades, vendors and consultants in the world of supply chain claimed that savings of 10 to 20 percent or more can be gained with the implementation of a transportation management system (TMS) or a warehouse management system (WMS) … Or just about any other system for that matter. And while there is no doubt that many projects see that kind of success, far too many fail to realize the benefits that helped justify the initiative to begin with. The natural question to ask is “Why? What happens?”

Interestingly, a study on such software projects done by Sand Hill Group offered the following insight: Only 1 percent of those surveyed indicated that the cause was lack of software functionality. An overwhelming 70 percent cited that user adoption was the main obstacle to realizing the value of software.

Unfortunately, the TMS space is no exception. How do we know? The symptoms are obvious. One leading vendor offers 15 days of formal classroom training—three entire weeks of formal instruction in order to become proficient with the system. That’s more than most people take in vacation during an entire year! Almost every other vendor provides (or requires) at least a week of similar training. Clearly, something is wrong with this picture.

Why are today’s enterprise software packages so complex? I believe that software companies engineer for the greatest uncommon denominator. In other words, there is a general belief that, if a software package can handle the requirements of the most sophisticated shipper, then it can handle any company’s requirements. These solutions are designed for the top 5 percent, but the 95 percent don’t have the same needs, technical skills or organizational capacity.

Let’s quantify that complexity. Say your system is fairly simple, with 15 unique configuration flags, which have four possible settings each. This equates to more than 1 billion possible configurations. As overwhelming as that sounds, no TMS has only 15 flags. Double that to 30 and you get more than 1 quintillion combinations (a one followed by 18 zeros)! The truth is, most TMS products probably have at least 300 different flags (many of which a majority of customers never even know exist, much less use on a regular basis).

Why, then, are most shippers faced with these overly complex solutions? The answer is all about scale. For years, TMS solutions were six- to 18-month projects with costs that started in the high six figures and only went north from there. Only the largest shippers could afford them. Over time, that market became saturated. With the advent of software-as-a-service (SaaS) solutions, implementations are now faster and less expensive.

As a result, the mid-market, with thousands of companies with smaller freight budgets, opened up—creating an entirely new target profile for TMS use. Two types of vendors emerged to address this market: purpose-built SaaS solutions and established Tier 1 solutions that try to scale down.

Despite the large new market available to them, many purveyors of newer solutions became enamored by the more lucrative fees available with larger, more complex projects. This brings us right back to the greatest uncommon denominator—products that are simply too complex. It is far easier to scale up than it is to scale down.

When users initially start working with a new product, they begin in exploration mode. They experiment. And tinker. And poke around. But once they figure out what they need to do for their daily routines, they quickly shift into task-execution mode and that means doing the bare minimum of what they need to perform their daily tasks. This is especially true when exploration is difficult or even hazardous.

If your organization can create a culture of continuous improvement, and can equip your associates with the tools and freedom to explore, not only can you get the value you planned for, but your associates can also probably find even more. With the approval and means to navigate, the people who know the business best learn all of the ways their new system can work, and likely adopt and innovate in ways never even thought of during the selection process.

The second area is all about the future. Or more specifically—talent. Believe it or not, application design plays a part in attracting and retaining key supply chain talent. With the ongoing Baby Boomer retirement, there is a real demand for new supply chain talent. The Millennial generation entered the workforce. This is not a generation that grew up with green screens and Windows 95. When a twenty-something walks in during an interview, and sees an old, clumsy, difficult-to-use solution on the screen and imagines working on it 40 hours per week, he or she may walk out.

Well, maybe not. But the point is, this generation grew up with iPads, Facebook and Twitter. Building the next wave of supply chain leadership requires engaging and exciting them. More than that, empowering the current generation of supply chain team members to maximize corporate investments in logistics and technology requires solutions that are easy. How much training does the average person require to use Facebook? Think about how sophisticated it became—it’s not just statuses and pictures anymore. It’s videos, games, surveys, commerce. It’s integrated with Twitter and other media. Yet, as most folks significantly expanded how they use it, they never required more training. It’s easy. We should all learn the value from that.