Hurricane Harvey’s broad swath across Texas will strongly affect over 7 percent of U.S. trucking, with some portion of that fraction out of operation for two weeks. 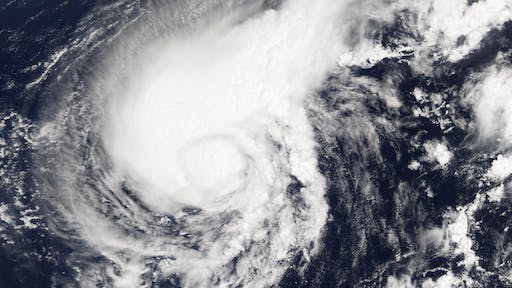 It turns out that severe weather disruptions almost always involve water. Since the most potent source of water is evaporation from the ocean’s surface, the majority of U.S. weather disruptions are near salt water coasts. And, because people and businesses like to be near coasts, oceanic storms have big effects, including on transportation.

Hurricane Harvey is no exception. FTR has quantified preliminary numbers, gauging the impact in the overall trucking market. Hurricane Harvey’s broad swath across Texas will strongly affect over 7 percent of U.S. trucking, with some portion of that fraction out of operation for two weeks. During the first week, almost 10 percent of all U.S. trucking will be affected. That number jumps near 100 percent for the Gulf Coast region west of the Mississippi.

After a month, the numbers fall but are still significant, impacting nearly 2 percent (national) and 25 percent (regional). Due to the already tight nature of the truck environment, this means that loads could be left on the docks. The largest effects will be regionalized, but transportation managers across the entire U.S. will be scrambling.

There are four broad effects of these disruptions:

“Look for spot prices to jump over the next several weeks with very strong effects in Texas and the South Central region,” according to Noël Perry, Partner at FTR. “Spot pricing was already up strong, in double-digit territory. Market participants could easily add 5 percentage points to those numbers.”

Texas provides 30 percent of U.S. refinery capacity, a production base that will be hard hit by this storm. Regional diesel supplies will be strongly affected, with national prices jumping as well. “With companies such as Exon Mobile and Phillips 66 closing down their refineries, we are talking about impacts to fuel and energy,” said Larry Gross, Partner at FTR. “In addition, Houston is a big interchange point for rail and intermodal, so it’s not just trucking which will be disrupted. Freight cars are sitting idle outside of Houston. Will they wait out the storm or be re-routed? Of course, those final miles from the railyards are still dependent on trucks. Freight transportation is an integrated system, and this becomes more obvious during major weather events when disruptions occur.”

There also is the question of contract rates between shippers and trucking companies. “There is always a lag between spot rate increases and contract rates,” said Perry. “Analysts have been wondering when trucking contract rates will begin following spot rates up. The combination of regional and fuel effects from Harvey, coupled with the Electronic Logging Device (ELD) mandate in December, could be the catalyst to a pricing spiral.”

For more than two decades, FTR has been the thought leader in freight transportation forecasting in North America. The company’s national award-winning forecasters collect and analyze all data likely to impact freight movement, issuing consistently reliable reports for trucking, rail, and intermodal transportation, as well as providing demand analysis for commercial vehicle and railcar. FTR’s forecasting and specially designed reports have resulted in advanced planning and cost-savings for companies throughout the transportation sector.