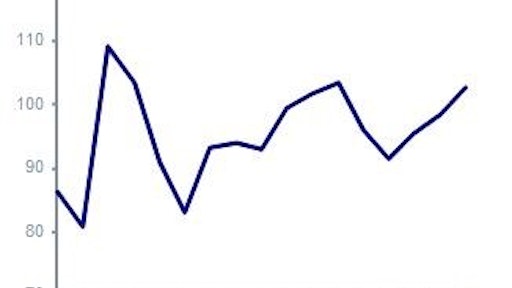 London, UK—August 17, 2015—The chemical tanker shipping market is strongly supported by specialized trades and clean petroleum products (CPP) demand during the second quarter of the year. Although many new buildings were delivered, the market was able to absorb the extra tonnage, according to the latest edition of the Chemical Forecaster, published by global shipping consultancy Drewry.

Shipments out of South America and southeastern Asia are firm, but vessels carrying South American oils and fats cargoes fetched higher rates because of firm demand from the competing CPP market in the Atlantic. Palm oil shipments on the long-haul trade from Malaysia to Europe were up by 52. Higher-than-expected Indonesian exports of palm oil in the second quarter due to the levy was delayed to July.

It is important to recognize that the chemical-capable fleet is also engaged in the carriage of refined petroleum products. In 2014, the global seaborne trade in refined products amounted to 893 million tons and, in the last decade, this trade grew at a faster rate than that of chemicals. This is largely due to the changing oil scenario in the U.S. and the emergence of the U.S. as a major exporter of refined products. As it provides employment for most of the ships with International Maritime Organization (IMO) status that form part of the chemical fleet, in effect, it is difficult to divorce the chemical markets from the products markets.

A number of smaller ships left the fleet after the loss of IMO certificates while, of the 46 ships reported as being delivered in the quarter, 29 were medium-range tankers (MRs) of 49,000 deadweight tonnage (DWT) and above, and eight were Handysizes. The overall chemical-capable fleet decreased by eight ships (0.9 percent) and by 0.16 million DWT (0.2 percent) in the second quarter 2015. Meanwhile, the number of ships trading chemicals and vegetable oils decreased by a further 35 ships (1.4 percent) and by 1.2 million DWT (3.1 percent). Meanwhile, the increase in the fleet trading (CPP) was 27 ships (1.6 percent) and 1.0 million DWT (1.8 percent).

Larger ships of over 30,000 DWT continued to dominate the fleet, accounting for 37 percent of all chemical-capable vessels and as much as 70 percent in terms of tonnage. This trend is expected to continue as more MR and Handysize vessels are delivered with IMO certificates. There are 90 pure chemical tankers above 30,000 DWT on order, with half of the existing fleet expected to reach the age of 20 in the next three years.

The order book remains high and ships are already finding it difficult to fix cargoes when coming out of the Far Eastern shipyards. “But the fleet is flexible and can adjust to changes in demand over the rest of 2015. So, if demand increases significantly in the short term, it will bring ships back into the chemical trades,” said Drewry’s Lead Analyst for Chemical Shipping Hu Qing.