Moon Cakes and Monetary Policy—Devaluing the Yuan and the U.S. Reaction 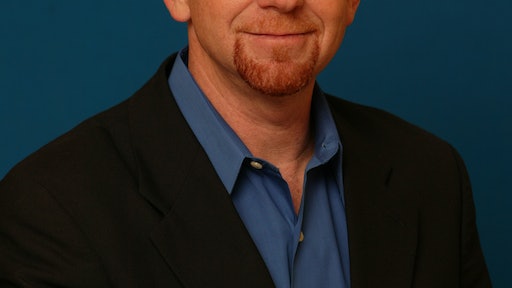 China’s wonderful mid-Autumn festival is just a few weeks away and the team at Riverwood is diligently sending out gifts—traditional little boxes of sweet moon cakes to commemorate this special holiday. But much of the Riverwood watercooler chat, both on Market Street in San Francisco and on Shennan Road in Shenzhen, continues to center around Chinese monetary policy. It’s almost a month now since China’s mid-summer gift to the world—which was not nearly as sweet as moon cake, but similar to it in that they both contain a partially baked egg in the center.

The surprise move to devalue the yuan on August 11 seems to have precipitated a wave of volatility in global markets, the likes of which I cannot remember. In the 20 trading days since the yuan was devalued, the Dow Jones Industrial saw an average intraday swing of more than 364 points. This compares to an average swing of just 154 points during the 20 days preceding China’s surprise move. Since that time, I read countless pieces analyzing and explaining Premiere Li Keqiang’s decision to devalue. Most of the analysis comes from people clearly more informed and more qualified than me to opine on this action. Whether the move was designed to realign the yuan with its underlying free market-based value, to stimulate exports or to improve local liquidity in the face of capital repatriation from recent U.S. bond sales by the Central Bank, the impact was quite clear; uncertainty as to what comes next.

U.S. Treasury Secretary Jack Lew recently said: " [China’s leadership] have to understand, and I make this point to them quite clearly, that there's an economic and a political reality to things like exchange rates." His comments mirrored quite closely those of other officials who were critical of the way China went about the process of devaluing its currency. Secretary Lew went on to say that "They need to understand that they signal their intentions by the actions they take and the way they announce them. And they have to be very clear that they're continuing to move in a positive direction. And we're going to hold them accountable.”

The devaluation itself was not so much impactful, as it was confusing, providing little hint or explanation about what the future may hold. The members of the G8 would never consider direct currency manipulation as a weapon in their monetary policy arsenal, but when you get to the G20, you have a handful of members that may consider currency devaluation as a legitimate policy tool as a means towards a number of different ends. China now set the stage—and it will be interesting, and concerning, to see if others follow. It’s been a long time since we saw an overt currency war, although much of the world embarked on a covert currency war by way of the aggressive quantitative easing regimes like those we saw in Europe and the U.S. since 2008.

Currency wars are bad for trade as they distort global factor input costs, warp comparative advantages and thus lead to trade based on shadow economics rather than mutual benefit. I was very encouraged to See Premier Li’s statement out of the World Economic Forum in Dalian, China where he disavowed the notion that the devaluation was to spur exports. The Premier stated that China did not want to see a currency war and said, "If a currency war does happen, it would only hurt China.” Although my encouragement was tempered a bit by his next statement and specifically that very last sentence of that statement. Premier Li continued, “The continued devaluation of the yuan is definitely not conducive to the currency becoming internationalized. This is not our policy preference."

The questions remains as to whether China’s move is one and done, what should be inferred from the word preference and whether we are at risk of a broader policy contagion of devaluations leading to an outright currency war. As we saw, Vietnam was quick to devalue the dong (again) immediately on the heels of China’s devaluation. This is its third such move this year and, in isolation, a non-material event in a broader Asian context. But the speed with which it moved following China is quite concerning. Indonesia must clearly be evaluating its circumstance in light of the catastrophic collapse of commodity prices this year and the dominance of rupiah denominated costs in its commodities export sector.

Most China watchers are clearly expecting the next big stimulus move in China and wondering what form it may take. We saw rate cuts and reserve ratio cuts lately, as well as central government intervention in the public equities market. But the devaluation of the yuan was clearly bringing out the big guns as it has a broad impact on the economic climate of a nation whose prosperity is so directly tied to exports and one that holds so much foreign denominated debt.

Over the past several years, China was seen by many, especially in the electronics industry, as an increasingly expensive place to manufacture. There was a marked acceleration of manufacturing investment in India, Vietnam, Thailand, Romania and Mexico of late as original equipment manufacturers (OEMs) look to offset rising costs and rising concentration risk in China. The devaluation of the yuan to a value not seen in almost three years will certainly influence this trend around the margins of incremental non-China investment. More importantly to the daily activities at Riverwood Solutions, the unexpected devaluation of the yuan clearly put some manufacturing location decisions by tech companies on a short-term hold as executives let the dust settle to look for signs of what the future holds in China and southeastern Asia

I think it’s safe to say that nobody is actively redesigning their supply chain just yet based on a 3 percent devaluation of the yuan. But I find it troubling that in mid-September, in Silicon Valley, the talk at the Rosewood, Bucks and the Creamery are far more focused on the yuan than on the Giants.