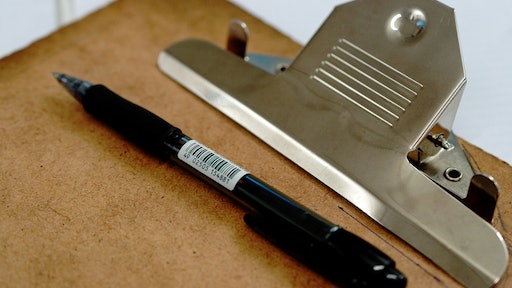 Chief Compliance Officers (CCOs) are less worried than they were a year ago about personal liability—likely a result of program improvements and increased independence and prominence of the compliance function, according to a new survey released by DLA Piper.

But DLA Piper’s 2017 Compliance & Risk Report still found that 67 percent of CCOs are at least somewhat concerned, and see significant areas for improvement, including in regard to compliance’s relationship with boards of directors. This year’s survey was expanded to query directors, who noted a higher level of concern than their CCO counterparts.

“With two-thirds of CCOs and 82 percent of directors at least somewhat concerned about personal liability, it’s important and appropriate for organizations to watch the compliance landscape very closely,” said Brett Ingerman, co-chair of DLA Piper’s Global Governance and Compliance practice. “Political events around the world—including Brexit and the election of Donald Trump—mean the compliance picture is fluid, another reason why organizations should be vigilant about developing and maintaining strong compliance programs.”

Seventy-one percent of CCO respondents in this year’s survey said they made changes to their compliance programs based on recent regulatory events, up from just 21 percent in 2016. That is likely part of the reason, along with a relative lack of prosecutions stemming from 2015’s Yates Memo, CCOs expressed less concern about personal liability. The less rigorous regulatory environment expected under the Trump administration is another possible factor.

The greater level of concern from directors likely stems from other findings in the report that show lingering issues in communications channels and a persistent lack of training for directors. But 84 percent of CCOs said they had sufficient resources, clout and board access to support their ability to do their jobs, compared with 76 percent who said that last year.

“CCOs who took the survey said they are increasingly able to effect change, procure resources and interface with senior leadership,” Ingerman added. “In addition to the growing importance of compliance within organizations, this is likely indicative of many CCOs’ growing ability to demonstrate compliance’s value beyond risk management.”

DLA Piper distributed surveys in the first quarter of 2017 and received responses from 137 corporate in-house counsel, compliance professionals and members of boards of directors. Forty-three percent of the respondents held the title of Chief Compliance Officer or GC/CLO and nearly 40 percent came from companies with more than US$1 billion in revenue. Fifty-two percent of respondents’ revenue comes from North America, followed by 21 percent from Europe, the Middle East and Asia, 15 percent from Asia-Pacific and 13 percent from Latin America. Forty percent of respondents represented publicly traded companies, while 60 percent were private.

Minimizing the Bad Things that Can Happen to a Good Company

Be Wary of Complexity, Quality and Compliance