The chairman of the warehouse company was sentenced to death after being found guilty of bribery. 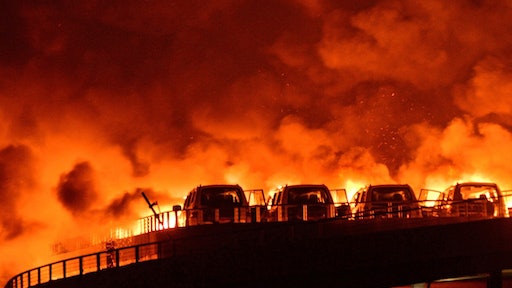 Judges in China are jailing 49 people on charges tied to deadly explosions at a warehouse in the port city of Tianjin that killed at least 165 people in August 2015.

This was one of China's worst-ever industrial tragedies. The people sentenced include 25 government officials and 24 staffers of the companies involved, according to China's state-run Xinhua news agency. The verdicts were issued from 10 different courts during the last three days.

The most serious sentence was handed to Yu Xuewei, the chairman of the warehouse company. He was "sentenced to death with a two-year reprieve," Xinhua reported, after a court found him guilty of "bribing port administration officials with cash and goods worth [$23,333] to obtain a certificate to handle hazardous chemicals at the port."