Pay Gap Between Men and Women Under 40 Starting to Narrow 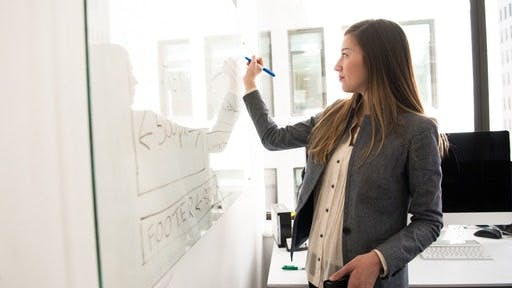 “It’s not enough to just report these disparities; supply chain organizations must lead the way by creating environment where diverse talent is valued, included and developed,” says ASCM CEO Abe Eshkenazi. “The need for supply chain professionals has never been greater, so now is the time to expand the aperture to include diversity of thought, influence and input, particularly for women and people of color.”

“The multitude of disruptions over the past year placed a spotlight on the critical role supply chain professionals play in building resilience and keeping our society running under the most difficult circumstances,” adds Eshkenazi. “This report confirms what we already knew -- supply chain careers are not only invaluable, but also offer the opportunity to build a stable career that has a meaningful impact on people’s lives.”

Here’s how traditional skilled trades organizations can integrate the new workforce with the knowledge needed to fill important gaps in the skilled labor force.
Veriforce
October 22, 2021

The Future of Supply Chain Talent

When it comes to building supply chain leadership of the future, the focus should be on talent that can drive success for both the current and future state of their supply chains.
Russell Reynolds Associates
October 18, 2021

Inventory management is the most sought after technical skill when finding an employee, followed closely by knowledge of best practice, project management and risk management.
Bastian Consulting
October 14, 2021

Intelligent machines can’t do it alone—they need to be paired with humans to deliver transformational results.
Accenture
October 6, 2021

Among all respondents, 99% agreed being part of the supply chain is a quality career choice, with 95% expressing excitement for their development track and training opportunities.
Council of Supply Chain Management Professionals (CSCMP)
October 1, 2021

There is no better time to expand your knowledge on supply chain than right now. Together, we can tighten the labor gap and bring supply chain management to the forefront. Because the supply chain matters.
Marina Mayer
September 22, 2021

While it’s admirable to look at the steps many companies have taken in making their ranks more gender-diverse, there are millions more qualified women out there who are available to fill many of these still-open positions.
Fleet Advantage
September 17, 2021

The SupplyChainLearningCenter.com offers courses from current partners with certifications ranging from procurement, planning and inventory management to logistics, transportation, distribution and supply chain management as a whole.
Marina Mayer
August 4, 2021

Despite major universities beginning to add supply chain majors to their roster, the industry is still struggling to attract young talent, a study by Bastian Consulting found.
Bastian Consulting
May 27, 2021
Follow Us