Ahead of — and behind — the curve 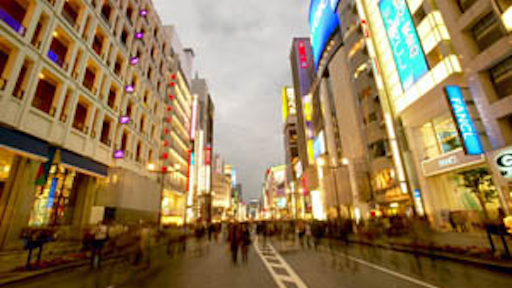 By Masahisa Inagaki and Kazuyuki Kuroda

Compared to previous decades, Japan is less likely to be the main topic of a discussion about the Far East. More and more, the focal point is China — Asia's new hub for emerging markets and cost-effective sourcing and manufacturing opportunities. Of course, it may not be long before some other Pacific Rim country becomes the world's theme du jour. Change happens.

Nevertheless, Japan is still one of the most enlightened, productive and influential countries in the industrialized world. It also is a leading participant in the migration of world business leaders toward global operations — the integrated designing, sourcing, manufacturing, distributing, selling, marketing and supporting of products and services globally.

Simply put, Japan is a supply chain superpower — albeit one facing a host of unique challenges. Following is a brief review of the trends and hurdles that are molding the supply chain profile of 21st century Japan, along with a few recommendations for U.S. and European companies seeking to leverage Japan's assets to further their own global missions.

As a long-time world leader in manufacturing, the perspectives and actions of Japanese companies are heavily influenced by the need to source components and materiel from "lower-cost countries" — long-time venues such as China, as well as emerging sources such as Brazil, Russia and India. Japanese companies also recognize that local markets are largely saturated or mature, and that commoditization has driven down price points. This is why most have sought out new, global markets, many of which are the same regions whose fortunes were changed by global sourcing and procurement.

The bottom line here is that Japan's most promising manufacturing and supply venues may also be its newest markets, and many of these are closer to Japan (and thus more economical) than they are to North America or Europe. Moreover, Japanese organizations actually have more experience with this global cycle of sourcing and market-making than business entities in other parts of the world. Consider its longstanding motives for North American manufacturing: shorter supply chains and the good graces of U.S. consumers. Chances are high that the Japanese car you buy in the United States was actually built in the United States.

Growing numbers of mergers and acquisitions are another influencer of Japanese supply chain strategy. M&A is less of a tradition in Japan than in many other countries; but it's becoming more and more common for Japanese companies in a variety of industries to join forces with similarly focused organizations.

Japanese companies with particular involvement in M&A include pharmaceutical, retail and electronics and high tech. M&A in financial services is another rapidly expanding area. These industries, as well as others in Japan, often are seeking an inside track for serving growing economies, and they recognize that mergers/acquisitions can be the best way to acquire this global presence quickly. Increased M&A activity in Japan also reflects several other realities:

A third influencer is outsourcing. Similar to M&A, Japan is a relative latecomer to outsourcing. However, tighter margins and tough competition are changing its perspective. For companies in all countries, outsourcing typically helps reduce costs, avoid future capital expenditures and increase the predictability of financial outlays. However, there is much evidence to support other outsourcing motives on the part of Japanese companies. For example, many are looking for wider pools of process expertise. Increased M&A also is seen as a driver of outsourcing in Japan because the post-merger integration of large companies is a good time to transfer management of one or several supply chain processes.

The environment and safety/security might also be seen as drivers of supply chain change and innovation in Japan. The country is particularly committed to environmental responsibility, and this has become a key influencer of companies' supply chain policies. And like most highly industrialized countries, Japan has found itself obligated to establish new supply chain guidelines for protecting people and products on a worldwide basis.

Globalization, M&A, outsourcing and other trends have clearly affected the supply chain actions and strategies of Japanese, as well as other, companies. However, Japanese organizations also face a variety of challenges and barriers that are more or less unique to their country. Many of these challenges relate to flexibility. Japanese companies tend to be less far along with their establishment of standardized global operating models, often because their supply chain processes are tightly defined by the enterprise technologies they have implemented. The net effect is that broadening or changing their supply chain reach becomes more complicated, and thus they are less well equipped to address emerging markets.

Technology limitations are a Japan-specific barrier in another way. A recent survey by Japan's Ministry of Posts and Telecommunications found that, while 78 percent of Japanese businesses use the Internet, only 25 percent conduct online business-to-consumer sales activities. This places them significantly behind the United States and Germany, where, respectively, about 75 percent and 68 percent of businesses have an online presence.

Flexibility issues relate to people as well as technology. Mobility is more limited in Japan than in many other countries. Lifetime employment often works against global trends that emphasize leaner workforces and frequent retraining. One might assume that this demonstrates a less-enlightened view of diversity in general: Japanese businesses do not reject alternative views or approaches, but they cannot totally buck centuries of tradition. They are part of a culture that values compliance, conformity and homogeneity. This influence of culture on global supply chain management and innovation cannot be overstated. Take the results of a recent Accenture survey of more than 900 C-suite executives in the United States, United Kingdom, France, Germany, Italy, Spain, Japan, Canada and China. Asked to identify the greatest challenges to building global enterprises, respondents' top concern was the ability to maintain a common corporate culture around the world — to inculcate their core values and corporate identity across many countries. According to survey results, nearly 25 percent of respondents said their organizations are poorly equipped to succeed as global enterprises. And among them, Japanese executives ranked lowest in feeling that their businesses have become more global in terms of employees, suppliers and customers.

A final challenge is risk management. Following a 2006 research effort, Accenture found that 73 percent of organizations have experienced a significant disruption in the past five years. Of those, nearly 32 percent required more than one month to recover, and another 36 percent took between one week and one month. The ability to meet the needs of customers and constituents was compromised in 94 percent of these situations. Statistics like these have prompted more and more western companies to install a Chief Risk Officer (CRO) whose job is to develop and implement corporate strategies for identifying and categorizing risks, monitoring threats, fabricating potential responses, accelerating recovery, and measuring performance, and developing metrics to ensure continuous improvement. Japanese companies, on the other hand, have been less aggressive about developing formal positions and processes for managing supply chain risk. Their focus on risk is limited largely to finance.

Challenges and barriers abound. But the fact remains that Japan is one of the most important business venues in the world. The country's economy is rebounding. Its commitment to quality has always been exceptional. Its reverence for R&D is nearly unsurpassed. The extent of governmental regulation is not excessive by international standards. And from a supply chain perspective, its importance as a business gateway to the East is inestimable.

However, the keys to leveraging Japan's value by improving supply chain performance differ between Japanese companies and extra-national organizations. To excel in supply chain management, most domestic entities must improve their integration of (traditionally separate) supply and demand operations. Applying metrics-based, continuous improvement programs to the supply chain should be another high priority. Japanese companies also must become more receptive to outsourcing.

International companies seeking to expand their supply chain presence in Japan have a different set of mandates. Building Japanese cultural considerations into their global strategies is particularly vital. One way to do this is to work more closely with intermediaries such as trading agents, which have a great deal of "pull" in Japan. More disciplined transportation operations may also be required, since extremely tight delivery windows are common in Japan.

For both sides, Japan's value is exceeded only by its potential. And any strategy seeking to maximize the latter must include a commitment to supply chain excellence.