Laying the Foundation for Continuous Improvement in the DC 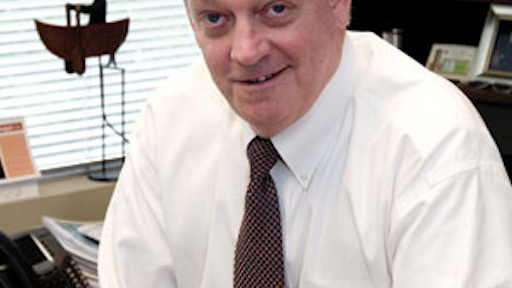 John Hanna is director of operations at Atlanta Dental. He said his company's No. 1 challenge was warehouse accuracy, including picking accuracy and inventory level accuracy at the item level.

Atlanta Dental Supply decided back in 2003 to implement a new warehouse management system in order to improve pick accuracy and overall efficiency in its 55,000-square-foot distribution center. The move paid off in short order as the company saw increases in accuracy and productivity. But the real payoff on the initiative has come from the continuous improvement that the WMS has enabled.

Duluth, Ga.-based Atlanta Dental Supply is a 140-year-old, employee-owned distributor of dental supplies serving more than 5,000 dentists throughout the Southeast United States. The company stocks more than 14,000 items in its DC, where staff pick between 38,000 and 42,000 order lines each month. Competing against much larger, multi-billion dollar corporations, Atlanta Dental has made high service levels the cornerstone of its customer relationships and the foundation of its success.

Prior to 2003, however, processes at the company's DC were largely manual, which created accuracy problems, according to John Hanna, director of operations at Atlanta Dental. "The number one challenge that we were facing was accuracy in the warehouse," Hanna says, "including picking accuracy and inventory level accuracy at the item level." Errors in the warehouse raised the prospect of unhappy customers and unhappy sales reps, neither of which Atlanta Dental could afford given the tough competitive landscape in its industry.

With an eye toward improving accuracy in the distribution center, Atlanta Dental elected to proceed with the implementation of a warehouse management system at the DC. The company already was using Prophet 21, the enterprise software solution for wholesale distribution from Yardley, Pa.-based Activant. A WMS compatible with Prophet 21 was available from PathGuide Technologies, a 19-year-old pure-play vendor specializing in warehouse automation solutions for wholesale and industrial distributors. Given the existing partner relationship between Activant and PathGuide, Atlanta Dental decided to deploy PathGuide's Latitude WMS.

The implementation took place in 2003 and went off without any significant hitches, according to Hanna. The biggest challenge, he says, came after the deployment and involved getting the company's staff trained on the new system and the new processes that the system entailed. "It was the traditional problem that you have when people have always done it one way, and now you're trying to get them to accept a different way," Hanna says.

Atlanta Dental did send a team of employees to Seattle area-based PathGuide's offices for training, and those employees in turn helped train up the DC workers. But, in retrospect, Hanna says that he now would bring staff from the solution provider out to his facility to train more employees onsite as a way of building internal buy-in faster on the DC floor. "When you're making an investment in this type of system, you have to make an adequate investment in the training resources, too," Hanna advises.

Change management issues notwithstanding, Atlanta Dental found the new WMS to be easy to use once the deployment was completed, a key factor in an industry that traditionally has seen relatively frequent staff turnover in the DC. If before, under the manual process, new workers might require several months to get up to speed, with the Latitude system in place, new employees can leverage the WMS and new equipment like handheld radio frequency (RF) scanners to become fully functional much faster. "You can train people very quickly, and they can be up to speed in a week or two," Hanna says.

Deploying the Latitude system has met Atlanta Dental's goal of improving accuracy, with picking errors reduced by at least 33 percent. Hanna attributes part of this improvement to the automation and the new process enforced through the WMS, but he also believes that one of the biggest payoffs from implementing the system has been the increased level of analytics made possible by the WMS. "You have access in the management console to performance indicators that you would not have otherwise, things like average picks per hour and errors that we couldn't track before," he says.

With the system able to report performance measures for pickers and receivers on a daily, weekly and month basis, management has been able to do more extensive analysis of productivity within the warehouse as the basis for continuous improvement on the DC floor. "We can see that the difference between our fastest picker and our slowest picker is probably more than two to one. Or, in receiving, we can clearly see that one person is much faster than another," Hanna explains. "Once we can see that, we can start observing what they're doing to figure out what is making the difference and help make improvements." The same applies to errors. With more granular data in hand, management can trace errors back to the actual pick to see who made the mistake, and then analyze each error or group of errors for possible environmental causes, process issues or potential areas for improvement for an individual worker.

One example: Through the performance metrics made available through the Latitude system, Hanna discovered that three people sharing a single printer in the receiving department had to shuttle back and forth between the one label printer and the boxes. The addition of new label printers to the department cut travel time for each individual and allowed the workers to process more items more quickly. "Without a tool like Latitude, you wouldn't even know there was a problem," Hanna says. "You would just see the total number of lines they were processing and think, ‘OK, good job.'"

These small, incremental improvements have added up: Since implementing the WMS, the company has seen steady growth of about 10 percent each year, with volume of units shipped up 46 percent, while staffing has increased by less than 10 percent. In a sense, Hanna has come to view the WMS implementation not as a discrete exercise but as an ongoing journey. "You never reach the point where you're fully utilizing it," he says, concluding, "You can always improve on a process."

Like any company in the healthcare industry, Atlanta Dental Supply must follow strict state and federal regulations designed to ensure the security and integrity of products as they move through the supply chain. As part of its compliance effort, the company worked closely with its WMS vendor, PathGuide Technologies, on the development of a custom drug pedigree application to comply with a government mandate designed to prevent product tampering and counterfeiting by providing a solid chain of custody for pharmaceutical products.

A pedigree is a statement of origin that identifies each prior sale, purchase or trade of a drug, including the date of those transactions and the names and addresses of all parties to them. A pedigree may be in hard copy or electronic form, and it must include the addresses and lot numbers of the drug or product.

With PathGuide's Latitude WMS in place, Atlanta Dental now knows the exact location of products for any pedigree in its system as a result of lot capture at both inbound receipt and at outbound sales order picking. The ability to exchange pedigrees electronically also makes it easier for partners to do business with Atlanta Dental and improves customer trust in the validity of the products. Since Latitude matches physical products to pedigrees, the return process is also easier to manage.

Atlanta Dental also relies on Latitude's lot tracking, warehouse functionality that is considered to be a must-have for food, pharmaceutical and chemical industries where quality is critical. With Latitude, individual products can be tracked because lot numbers are recorded when received into inventory. From the moment an item with a lot number is shipped, the lot tracking module will track the lot, customer, invoice number, invoice date, and amount of the invoice. As orders are shipped, lot numbers are assigned to each sales order so that the database knows which lots were shipped on which orders.

"Before Latitude, we did not have a good way to track lots, which also made rotating products with expiration dates a huge challenge," says Hanna. "Expired product would sometimes go out to a customer, who would then reject the product. It was an added frustration for our sales reps that we were very eager to eliminate."