The Logistics of NASA’s SpaceX Launch 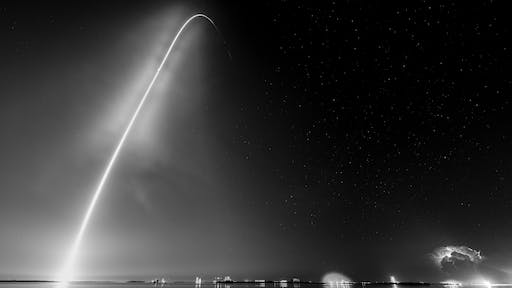 This past week, NASA invited social media representatives and influencers to tour the Kennedy Space Center’s facility, meet with NASA’s seniors and watch the SpaceX launch. DB Schenker’s social media manager Christine Alexis quickly recognized how much value digital media had to their launch, viewing it as an integral part of their operation. In this list, Alexis details five logistical factors from her visit.

During a conversation with NASA Administrator, Jim Bridenstine, he mentioned how NASA is not affiliated with a political party, but rather and organization that is successful because of its bipartisan support. He touched on NASA’s current budget and the spending bills in place. He also mentioned that contrary to popular belief, NASA does far more than just space exploration. They do work for the ocean and atmosphere, aeronautics innovation, technology development, satellite maintenance and education. Obtaining robust funding is important for security, the economy and maintaining our place as global leaders in innovation.

According to the Huffington Post, the organization creates a ripple effect, and for every dollar invested we will see $7-$14 returned. In addition, NASA’s spending profile creates a larger transactional impact throughout the economy compared to the average federal impact-- 2.6 NASA to 2.3 USG respectively. NASA has a large impact on the space economy, but many are unaware of the profound economic impact it has on the country as well.

NASA’s current supply chain model makes it so that they can respond quickly to any demand changes. The model also helps ensure that costs remain low. Currently, it costs around $6,000 per pound of cargo to reach low Earth orbit, however, Tesla CEO Elon Musk believes this cost could eventually be below $100 per pound. In order for future exploration to remain sustainable, there needs to be a complex supply-chain network both on ground and in space.

4.         There Are Thousands of Moving Parts to Getting a Rocket to Space

What were presumably straight-forward goals actually have large logistical implications. At the NASA briefings it was inquired how many things have to go well for the rocket to launch in the 48 hours, and the engineer responded simply by saying that thousands of things had to go correctly, which is easy since there were no humans on board. NASA has several back up plans in place in case something does go wrong. The logistics behind even a small portion of a launch required thousands of components and hundreds of people.

5.         NASA’s Focus on Public-Private Partnerships is Accelerating Their Trip to Mars

NASA has worked with commercial organizations such as Boeing and Lockheed Martin for decades. Under new public-private partnerships, NASA has positioned itself as a private company’s customer, instead of its benefactor. Currently, NASA's C3PO is offering fixed-price contracts to private space companies in order to ensure development of key technologies that will “foster the development of commercial space capabilities and benefit future NASA missions,” (NASA, 2017). A few ways that NASA can reach Mars faster with these partnerships is through expanding the utilization of space, enabling safe and efficient transportation into and through space and increasing access to planetary surfaces.

The eye-opening event provided a great detail of insight and understanding into what goes on behind the scenes of the organization. Using the hashtag #NASA Social, attendees were able to keep the event trending and helped capture the SapceX launch, allowing there to be a unity throughout collaborations. Each department, including social media, played an important role to the success of the launch.

NASA Goes for the Goldfire